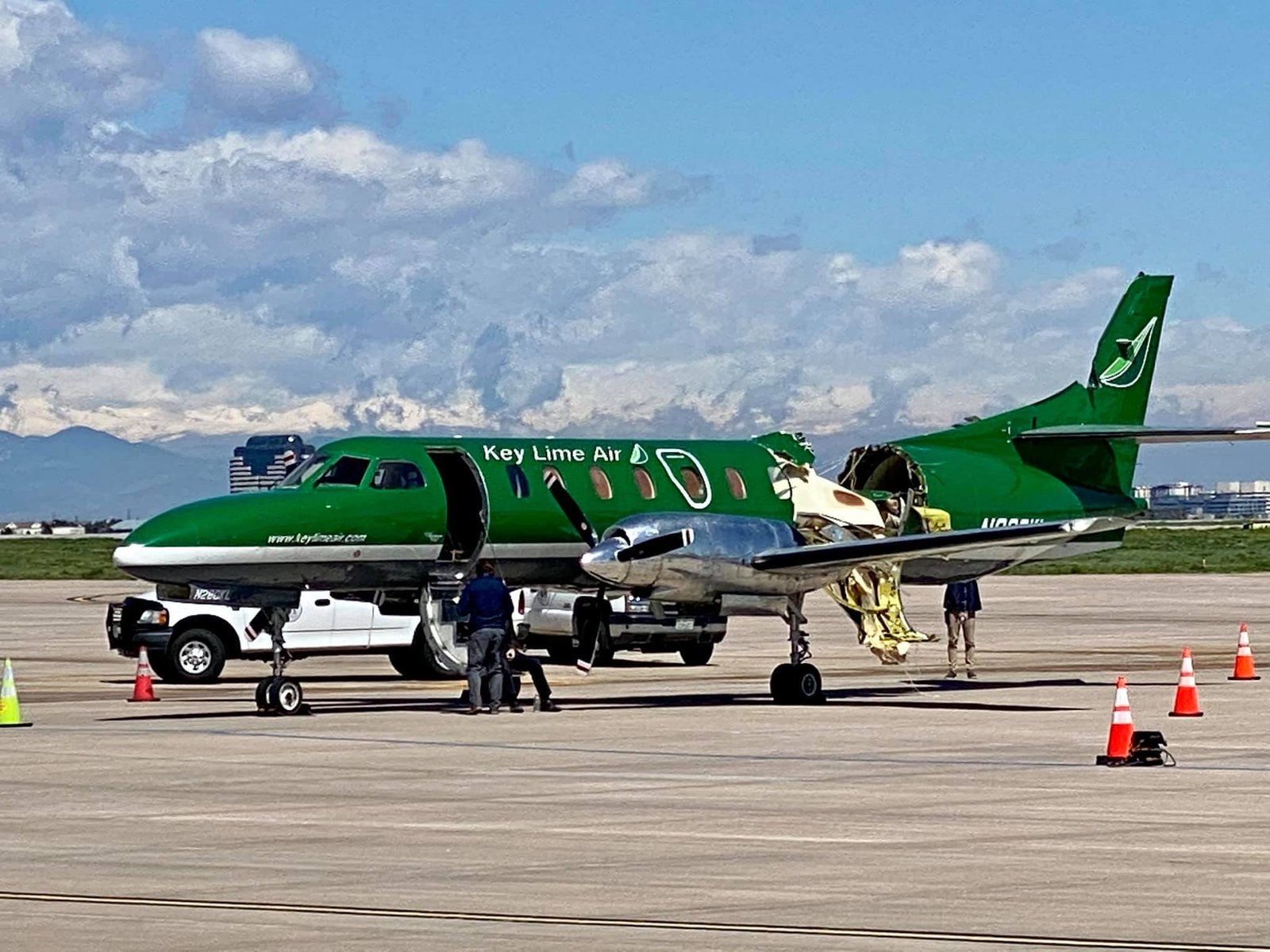 Key Lime Air Metroliner (N280KL) was badly damaged in a mid-air collision with a Cirrus SR-22 (N416DJ) while on final approach to Denver-Centennial Airport.

Two planes collided in midair over Cheery Creek Reservoir on Wednesday, according to South Metro Fire Rescue. The department said they were responding to the crash near Belleview Avenue and Cherry Creek Drive in a tweet around 10:30 a.m.

The two planes clipped each other, according to SMFR. A Cirrus SR-22 went down near Cheery Creek Reservoir in a field and the other, a Key Lime Air Metroliner Jet, landed at Centennial Airport without any issues.

There have been no injuries reported from the incident.

The aircraft that went down was a single-engine Cirrus SR-22. There were two people on that aircraft. 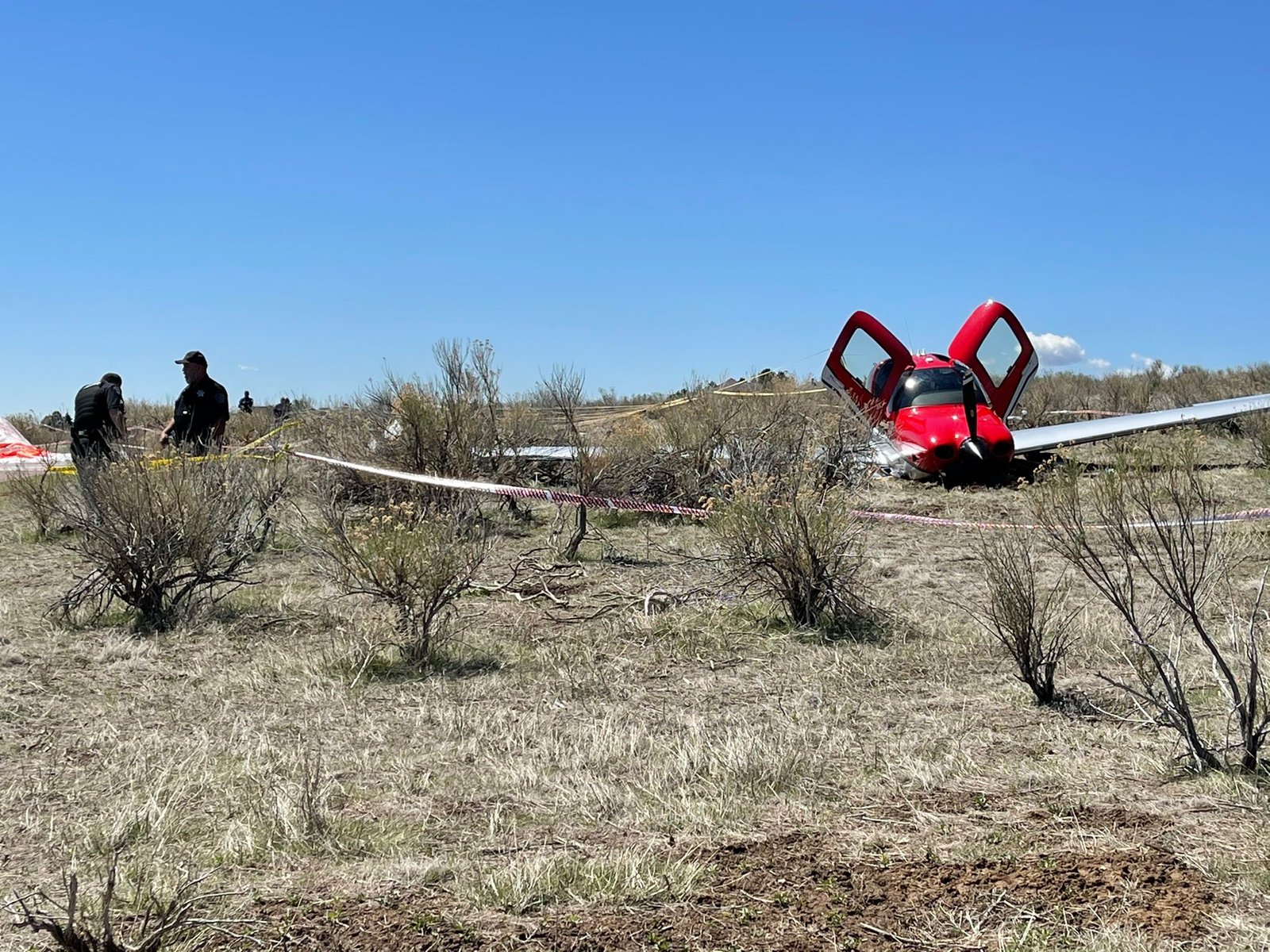 The Cirrus SR-22 was lowered safely to the ground by a parachute. It was likely the Cirrus Airframe Parachute System (CAPS) device, which is a rocket-propelled parachute system that slows the entire airplane back to land. There was no fire or fuel spill. The airplane had taken off from Centennial Airport.

“You expect something way worse,” John Bartmann, a Public Information Officer Deputy for Arapahoe County Sheriff Department, said. “We’ve had several crashes in our jurisdiction. Never have we seen a parachute be deployed and bring down the plane safely.”

The Jet was a Cargo plane with one person, the pilot, on board.

The National Transportation Safety Board (NTSB) will arrive at the scene later.

Bartmann said the debris field was wide, and it extended into Cherry Creek State Park.

Bartmann said he believes the collision was “pretty hard” and that “we were lucky nothing went into a neighborhood.”