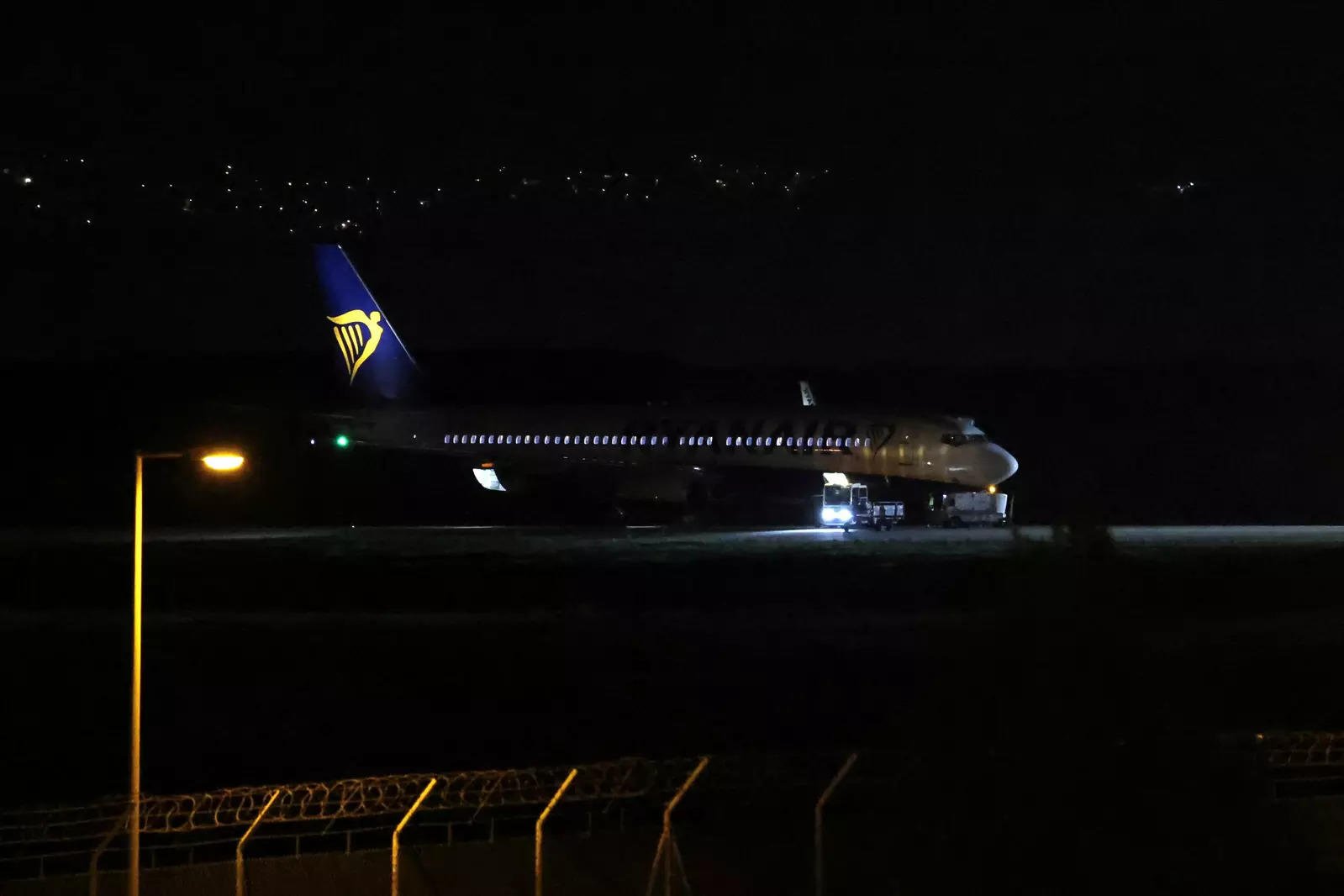 A Ryanair flight from Poland was escorted by fighter jets to Athens following a bomb threat.

The flight FR6385 from Katowice in Poland just landed in El. Venizelos, Greece.

The Boeing 737-800 is parked landed in a special area of ​​the airport and a thorough check is carried out by the authorities in order to establish whether there is indeed a bomb.

Hungarian fighter jets were scrambled to intercept the aircraft (reg. SP-RKB) until it reached North Macedonia. 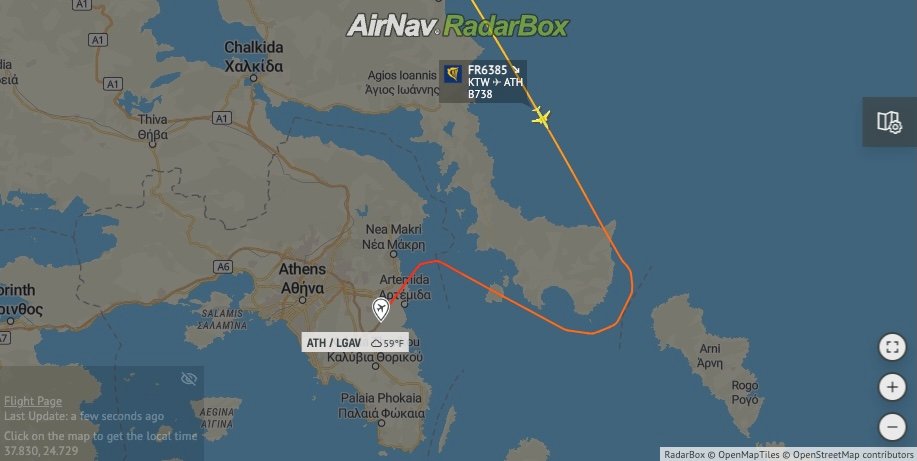 Then F-16 fight jets from Hellenic Air Force escorted the airliner until it landed in Athens.

The Fire Brigade, a special department of police forces have rushed to the scene.

All passengers will be checked, who will disembark one by one and without their luggage, and then all areas of the aircraft and the luggage loaded on it will be checked.