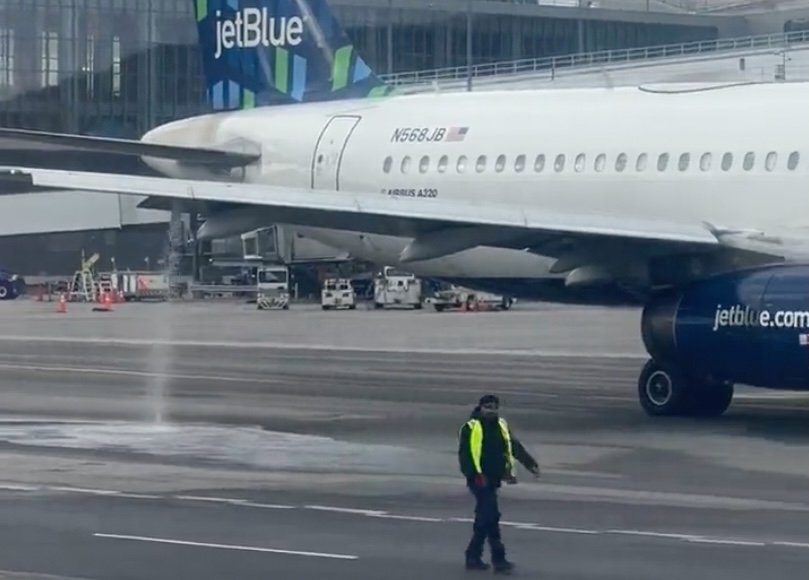 A JetBlue Airbus A320-232 aircraft was forced to stop while taxiing at New York City LaGuardia Airport (LGA) on 18 January.

The plane suffered a fuel leak from the right wing, forcing the airline to cancel the flight.

2003 built JetBlue Airbus A320-232 aircraft (N568JB) came to a stop on the taxiway while taxiing out for Denver (DEN) flight B61942 , due to Fuel discharge from the Right wing at New York City LaGuardia Airport (LGA) on 18 January.

The aircraft (reg. N568JB) was operating flight #B61942 from New York City LaGuardia to Denver (DEN), which has been cancelled.

It operated a flight to Orlando later.