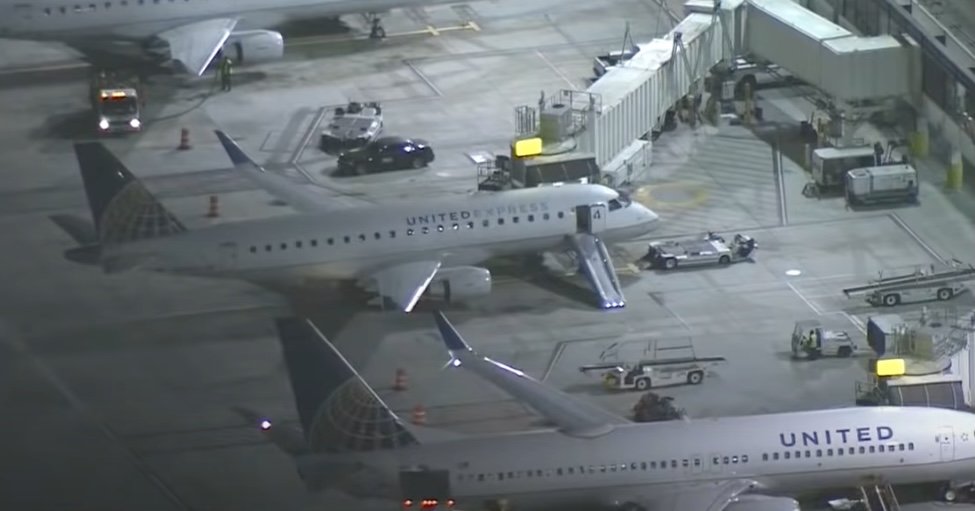 A man tried to breach the cockpit of a United Express flight then jumped out of the plane at LAX.

A man tried to breach the cockpit of a United Express flight Friday night and after being unsuccessful, he opened the cabin door and fled the aircraft via the emergency slide at LAX, according to officials.

In a statement from SkyWest, they confirmed that no one onboard the aircraft was injured, and that the aircraft was able to taxi back to the gate area. The SkyWest flight was operating as United Express from Los Angeles to Salt Lake City.

The Los Angeles Airport Police and the Los Angeles Fire Department responded immediately and apprehended the passenger on the taxiway.

The incident occurred about 7:10 p.m. and the man who exited the aircraft was treated for injuries and transported to the hospital.

Airport police and the FBI were investigating the matter.

According to the FBI, the flight crew reported that a passenger got up from his seat as the plane taxied toward the runway and pounded on the cockpit door. He ultimately exited the plane through an emergency door, landing on the pavement.