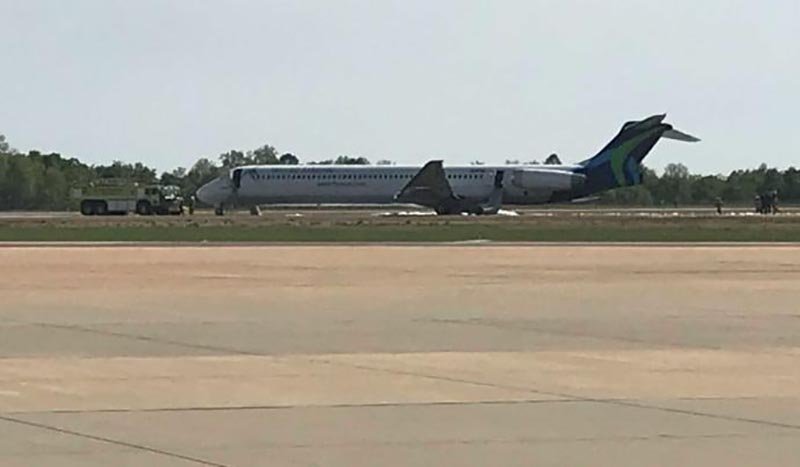 According to England Airpark Executive Director Jon Grafton, the crew of the McDonnell Douglas MD-83 operated by World Atlantic in support of ICE called in an emergency approach around 2:45 p.m. Grafton said that the plane was having a problem with landing gear as it came in on Runway 14. It then traveled another 6,000 feet to the 32 end of the runway before it suffered a collapse of the right landing gear.

By that time, AEX’s Aircraft Rescue and Firefighting team had mobilized and was able to help the 101 passengers and crew safely leave the plane. ARFF then proceeded to foam the plane’s right wing.

Grafton said that the plane is resting on the 32 end of the runway, but that Runway 18-36 remains open to commercial and general aviation.