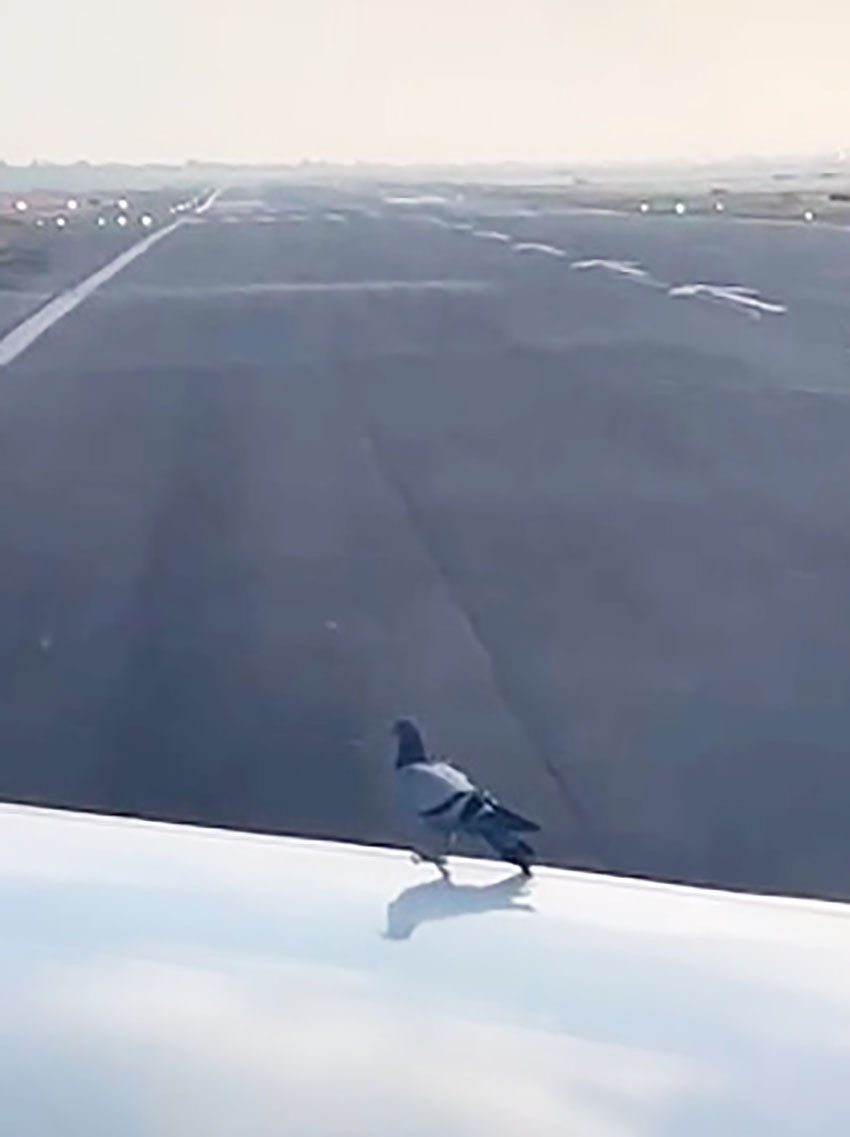 A video went viral showing a pigeon on an plane’s wing during takeoff.

A pigeon is seen on the wing of a plane while lining up to the runway.

The pigeon didnd’t resist long when the pilots of the Aeromexico plane pushed to full thrust.

The bird slided off the wing suddently, even without trying to deploy its own wings.