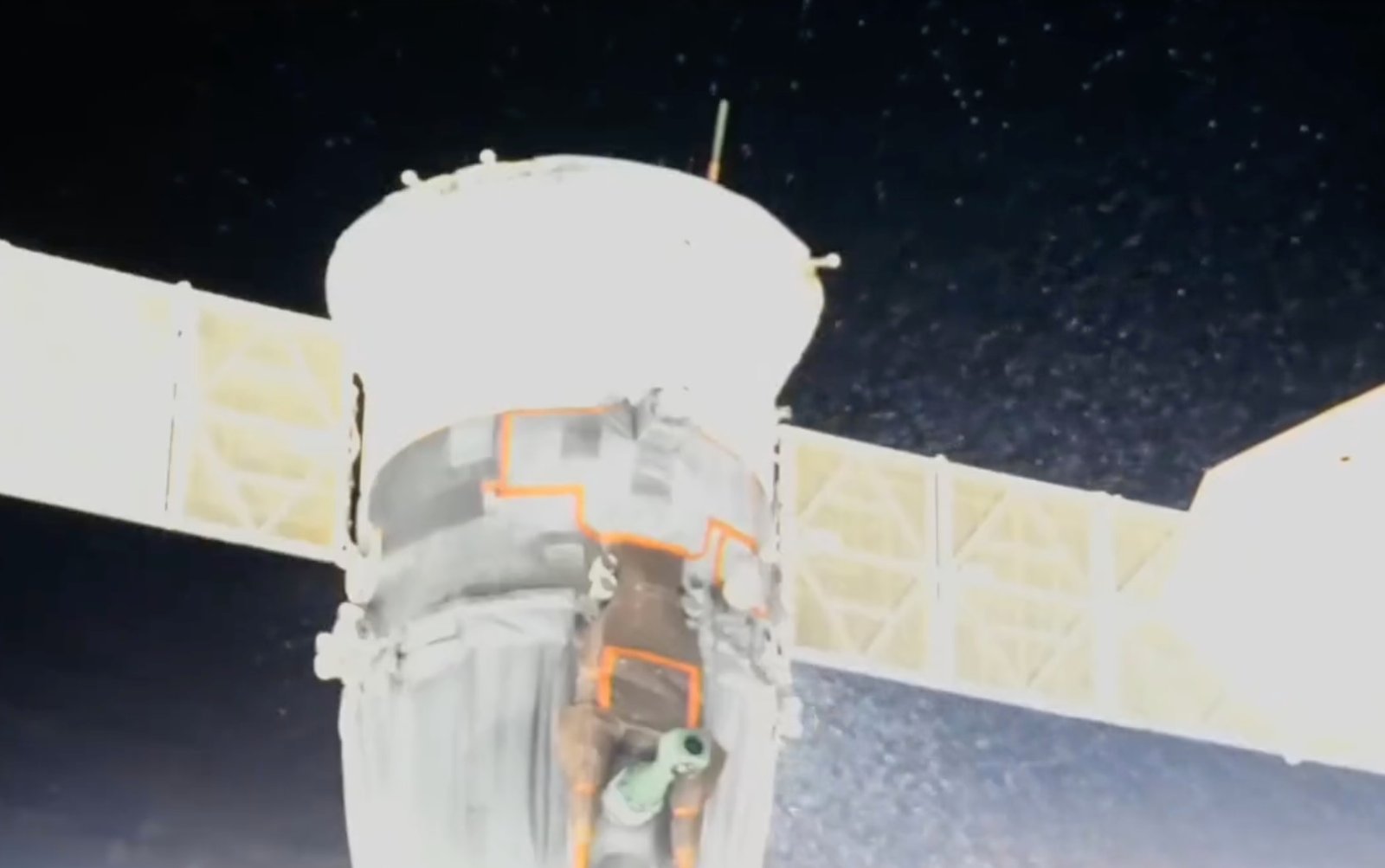 Engineers from Russia and the US are investigating a coolant leak on the Soyuz MS-22 spacecraft, which is docked at the International Space Station.

A planned spacewalk by two Russian cosmonauts has been called off after ground teams noticed a significant leak from one of the spacecraft docked at the orbiting International Space Station.

The leak originated from the Russian Soyuz spacecraft, spewing a liquid into space for several hours. NASA later said the liquid was coolant.

Problem with Soyuz MS-22 on the ISS right now! pic.twitter.com/V4Ymvnn2D1

During their spacewalk, cosmonauts Sergey Prokopyev and Dmitri Petelin were scheduled to move a radiator from an older Russian module to a newer science module that arrived at the station last summer. The spacewalk was called off at the last minute — while the duo were suited up and in the space station’s airlock — after ground teams discovered the leak.

The leaking Soyuz capsule transported the two Russian cosmonauts scheduled for the spacewalk, along with U.S. astronaut Frank Rubio, from the Baikonur Cosmodrome in Kazakhstan on Sept. 21.

Ground teams at NASA in Houston and at Roscosmos in Moscow are evaluating the potential impacts on the integrity of the Soyuz spacecraft, which is also responsible for bringing them home. The trio is scheduled to return in the capsule in late March.

A micrometeorite is suspected.