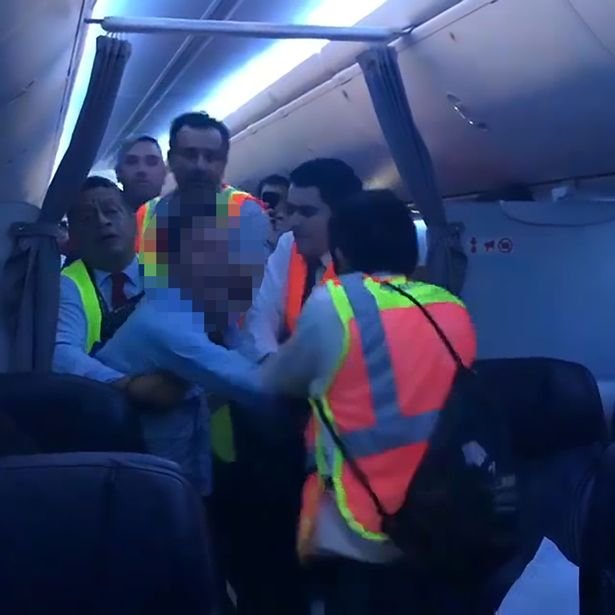 A screaming passenger who started attacking cabin crew forced a pilot to perform an emergency landing.

The angry man even started lashing out at fellow passengers before the pilot finally landed the plane and four security raced on board.

The man can be heard growling and shouting furiously as someone says in the background: “He is biting.”

One of the guards can be heard saying: “Calm down, calm down…” but the man shows no signs of getting his temper under check, as people on board filmed his outrageous behaviour on their mobile phones.

The plane with 144 passengers on board was originally heading from Mexico City to San Francisco on August 22.

But the Aeromexico AM664 was diverted to the city of Guadalajara in Mexico after crew lost control.