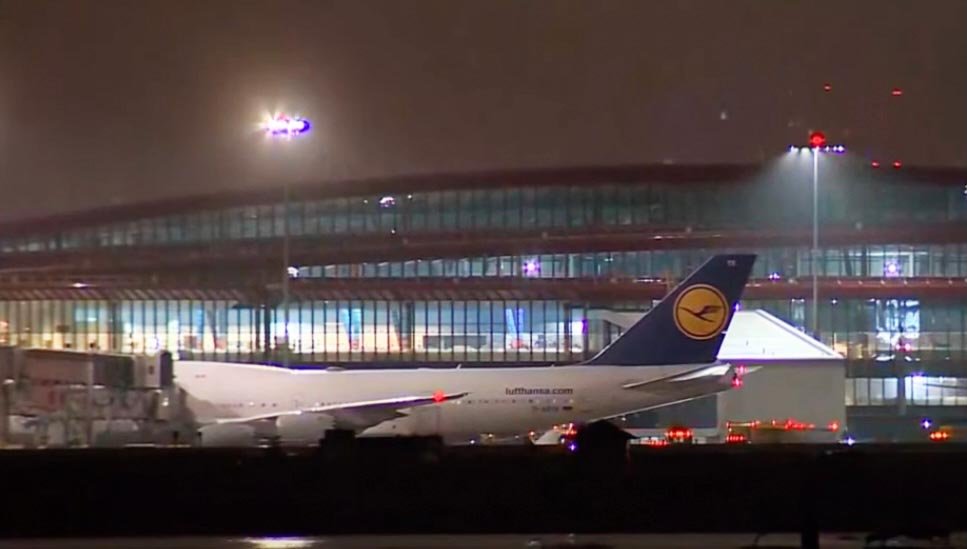 Lufthansa Flight No. 403 took off from Newark, New Jersey, and was on its way to Frankfurt when a “technical irregularity” caused some smoke in the cabin.

The pilot declared an emergency and the plane was diverted to Boston. The crew used oxygen masks during this time, a spokesperson for Massachusetts State Police said.

The plane landed at Logan at 10:25 p.m. without further incident, according to state police and the airline. The aircraft taxied to a gate where all passengers disembarked, Lufthansa and the Massachusetts Port Authority added. 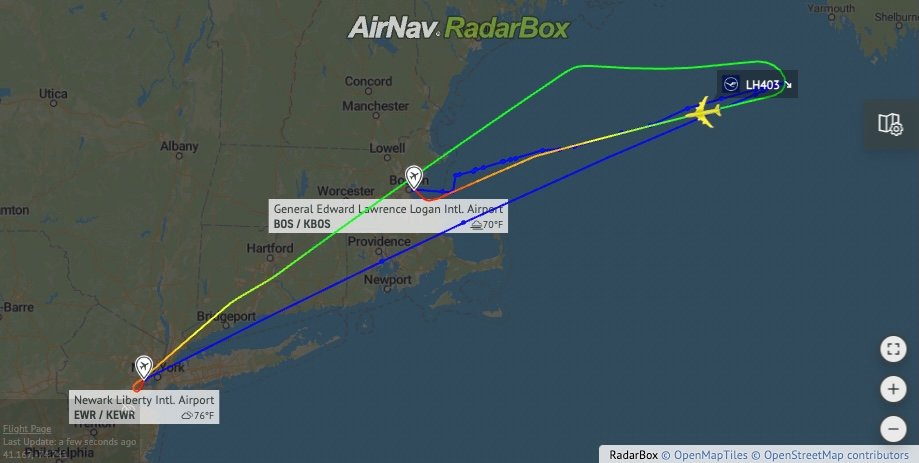 There were 326 people on board, according to state police. The airline reported there were no injuries.

A Lufthansa spokesperson said maintenance crews were taking a look at the Boeing 747 and would determine if the aircraft could continue to its final destination, however passengers were later Monday seen collecting their luggage in baggage claim.

Passengers said they didn’t smell any smoke but some said they did experience turbulence. “They told us there were electrical issues and they had to land the plane”.