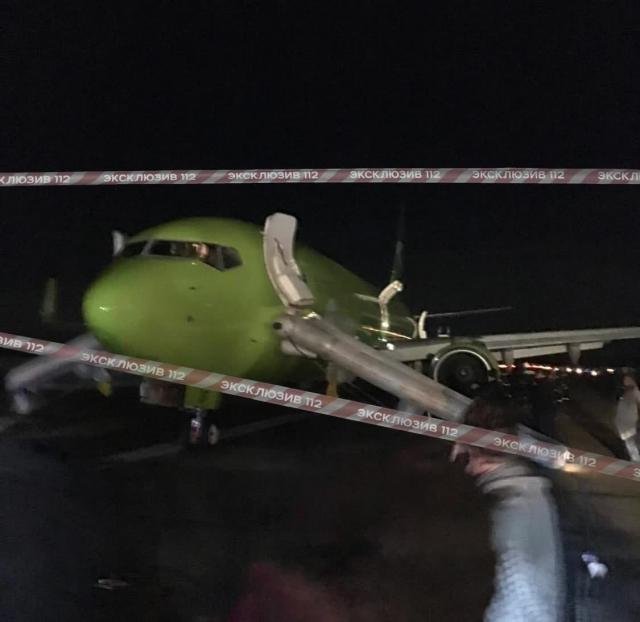 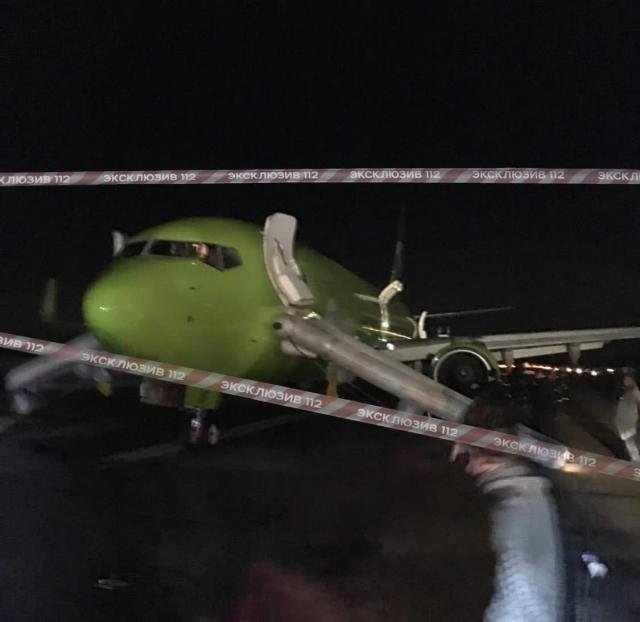 S7 Airlines Flight #GH173 to Novosibirsk had to abort take-off late on Tuesday, when the pilots of the Boeing 737 plane noticed smoke in the cockpit.

The runway was immediately closed off and passengers were ordered to leave the plane via inflatable slides.

The evacuation took place in total darkness, lit only by the flashing lights of nearby emergency vehicles.

All of the 129 passengers were successfully evacuated and no one was injured in the incident, a spokesperson for Globus Airlines told RIA Novosti.

According to a preliminary investigation, the smoke was caused by water that got into the air conditioning system of the plane, the company said.