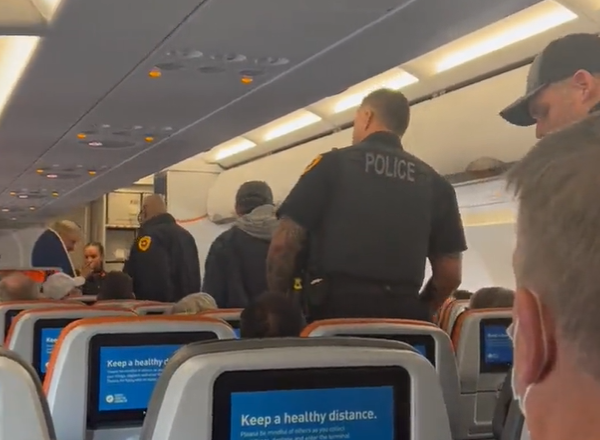 On a JetBlue flight from JFK to Salt Lake City, a man reportedly threatened a woman by holding a razor blade at her neck.

The suspect was later identified as a 41-year-old man from Utah. The male passenger was in a conversation with the woman. However, after he noticed that the woman put on headphones as she returned to watching her movie, he asked her to stop the film taking out a razor blade.

The woman tried to escape from the drunk man as she moved from his window seat towards the aisle. The woman was travelling with her husband and the husband asked a flight attendant for help, as reported by Aero World.

A Drunk Passenger was arrested for holding a razor blade to a woman’s neck on a JetBlue flight from New York to Salt Lake City on Nov. 21.Co-passenger managed to calm him down.

He’s been charged with carrying a weapon on an aircraft & assault with a dangerous weapon on a plane. pic.twitter.com/DUDND0ROFJ

JetBlue confirmed the incident saying, “On Monday, JetBlue flight 871 had a customer onboard that began acting erratically and threatening toward other customers near the end of the flight. Crewmembers responded by working to de-escalate the situation and notified law enforcement, who met the flight in Salt Lake City. The safety of our customers and crewmembers is JetBlue’s first priority, and we will support law enforcement during their investigation.”

The weapon was later seized by the cabin crew members and revealed to be a Facon wood-handled straight-edge razor and the passenger was handed Federal charges the following day.