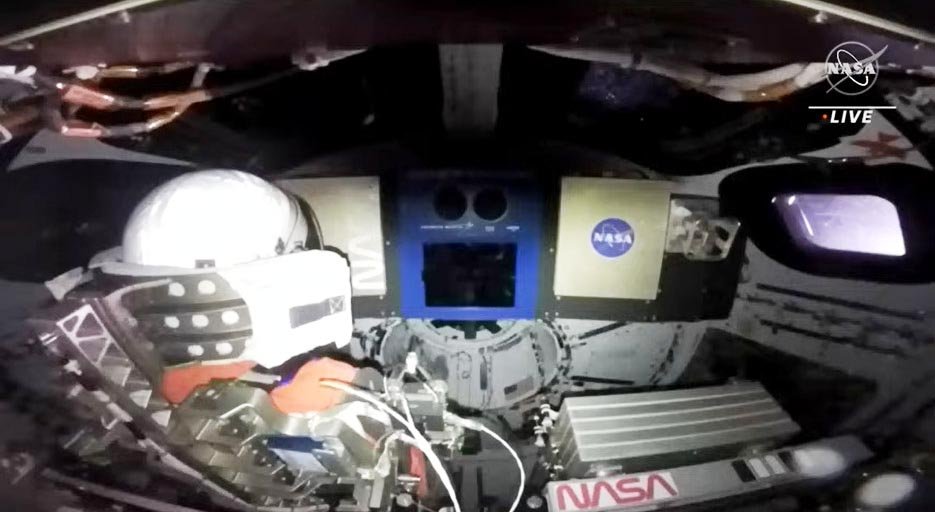 During Artemis I, NASA’s Space Launch System (SLS) rocket will send the agency’s Orion spacecraft on a trek 40,000 miles beyond the Moon before returning to Earth. To capture the journey, the rocket and spacecraft are equipped with cameras that will collect valuable engineering data and share a unique perspective of humanity’s return to the Moon.

There are 24 cameras on the rocket and spacecraft – eight on SLS and 16 on Orion – to document essential mission events including liftoff, ascent, solar array deployment, external rocket inspections, landing and recovery, and capture images of Earth and the Moon.

On the rocket, four cameras around the engine section point up toward Orion, two cameras at the intertank by the top of boosters will capture booster separation, and two cameras on the launch vehicle stage adapter will capture core stage separation. The eight cameras will cycle through a preprogrammed sequence during launch and ascent.

On Orion, an external camera mounted on the crew module adapter will show the SLS rocket’s ascent, providing the “rocket cam” view the public often sees during launches. Another camera will provide a view of service module panel jettison and solar array wing deployment. Four cameras attached to the spacecraft’s solar array wings on the service module will help engineers assess the overall health of the outside of Orion and can capture a selfie view of the spacecraft with the Earth or Moon in the background. 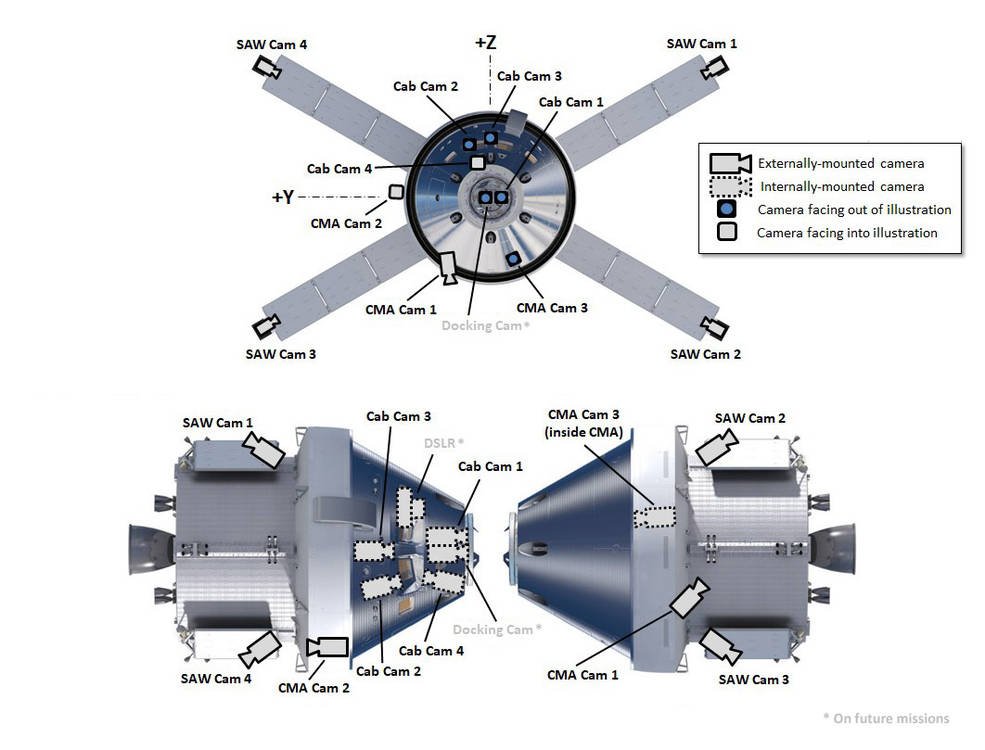 Inside the spacecraft, three more wireless cameras can capture the perspectives astronauts will have on future Artemis missions, with one camera looking out the front pilot window and a second looking over the shoulder of the commander seat, where the instrument panel will be located on future missions. A third in-cabin camera will look out the top hatch window to provide views of launch abort system jettison during ascent as well as parachute deployment during landing and recovery.

There are also two external high-speed cameras dedicated to monitoring parachute operations, which technicians will download and process after the flight.

The images and video collected by the Orion cameras will come in a variety of formats, ranging from standard-definition to high-definition and up to 4K. Each is tailored for a specific use and dependent on the bandwidth available during the mission to send to Earth or recorded on board to be analyzed after the mission ends. Due to bandwidth limitations on the spacecraft that prioritize transmitting critical data to the ground, livestream video quality will be lower than the onboard recordings. As a result, some of the highest quality views may not be received until well after they are recorded and can be downlinked.