Top Six Most Scenic Airports in the World 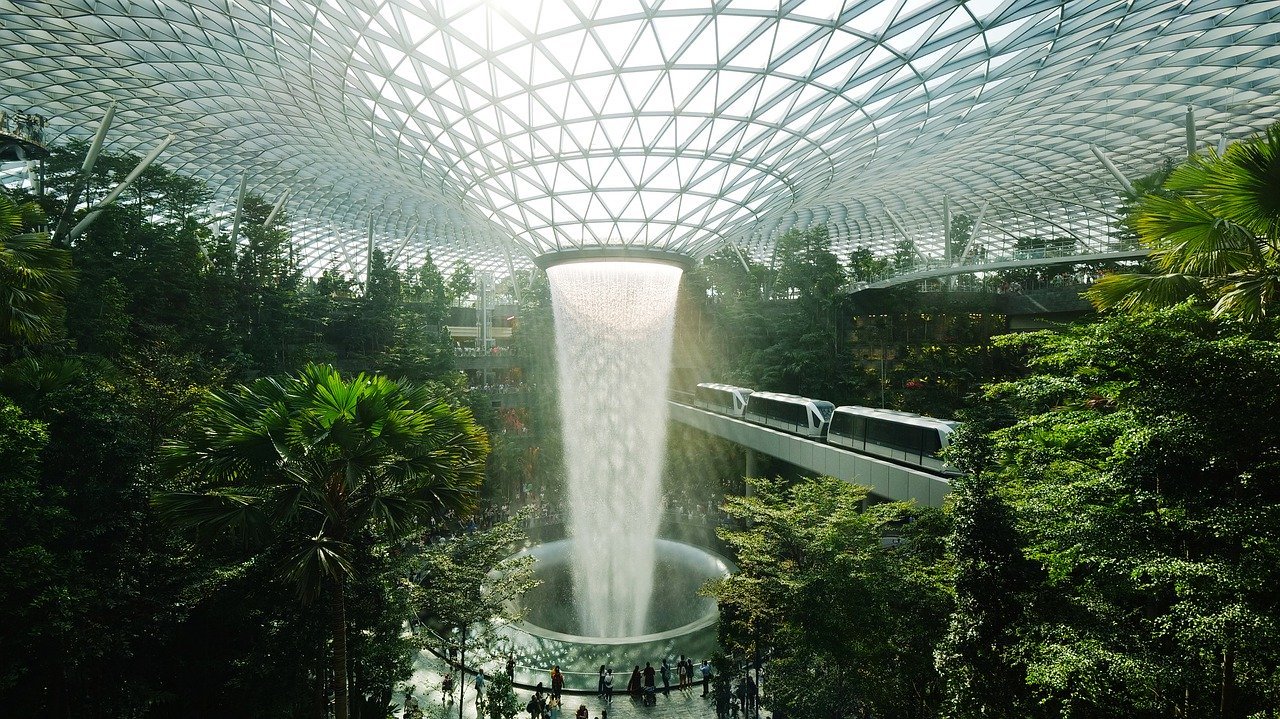 The stunning landscapes surrounding some airports are simply out of this world. Indeed, you will often get a better view of many of the world’s most beautiful regions from the air. And some airports are even scenic destinations in themselves.

Flying into the tiny five-square-mile Dutch Caribbean island of Saba feels like you are about to land at the evil Dr. No’s lair from the James Bond movie. With menacing-looking volcanoes towering into the sky, lush green areas, and a multitude of stunning rock formations, the view as you fly in to land at Juancho E. Yrausquin Airport is simply extraordinary. Saba is the jewel of the Caribbean that many tourists overlook. If you decide to fly into Juancho E. Yrausquin Airport, it is a landing you will not forget in a hurry.

Fans of the Lord of the Rings movies will love flying into New Zealand’s Queenstown Airport, as many of the films’ locations were in Queenstown and the surrounding areas. But even if you are not a fan of Hobbits, you still cannot fail to be impressed by the rugged natural beauty of the scenery you will see as you fly into one of Australasia’s fastest-growing airports. You will descend between the snow-capped peaks of the Southern Alps, fly above the vineyards of Gibbston Valley, and over the magnificent Lake Wakatipu. If you are flying from the northern hemisphere, it will take you a while to reach Queenstown Airport. But what a reward you will receive from the scenery once you finally arrive! And you can always pass the time on long-haul flights by playing casino games like poker and roulette at an online casino live, where you get to play games with real dealers in real-time. 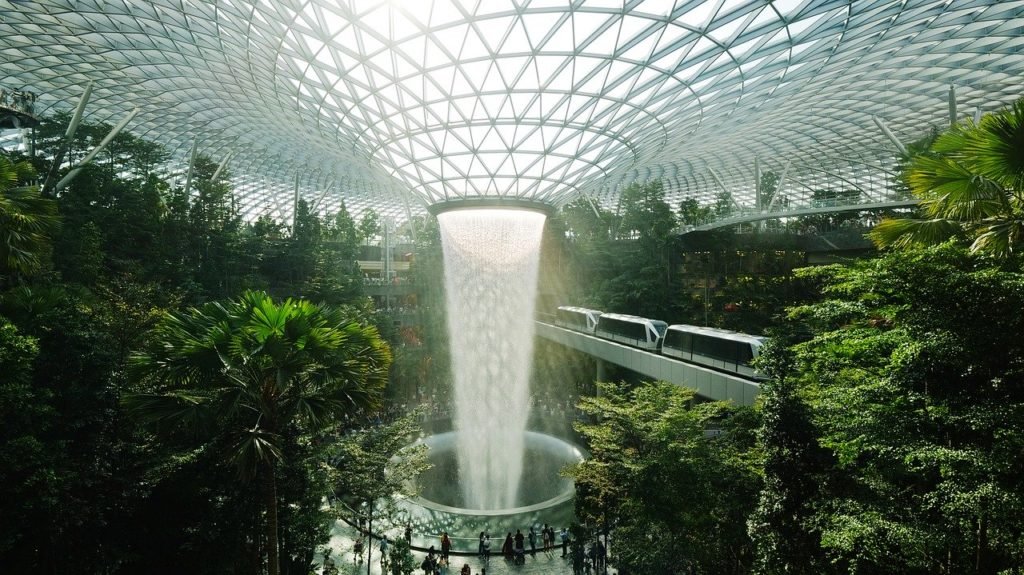 When you think of scenic airports, the beauty usually relates to the surrounding scenery you see as you fly into them. However, at Changi Airport in Singapore, it is the airport itself that is scenic. There are a number of stunningly beautiful gardens with flowering plants throughout the airport, including a sunflower garden, an orchid garden, and even a butterfly garden. Relaxing at an airport has never been easier! Besides the scenic gardens, Changi Airport is an architectural marvel that contains plenty of other things to keep you entertained, such as a rooftop swimming pool, massage chairs, and a cinema.

Airports with scenic views are not confined to stunning natural landscapes. As you fly into Orlando Melbourne International Airport, you get to witness incredible views of the Kennedy Space Center and Cape Canaveral Air Force Station. If you are lucky, you might even see a missile being launched. However, as you begin to fly into Orlando, the beauty of the Atlantic Ocean is also an amazingly impressive sight. As you make your descent, you will also pass over the beautiful Banana and Indian Rivers.

Situated on the rugged northwest Atlantic coast of Ireland, Donegal Airport’s surrounding landscapes are out of this world. As you come into land, you will see majestic mountains like Mount Errigal on one side and a beautiful coastline dotted with islands and golden beaches on the other. And the crystal-clear waters only add to the awesomeness of the sight. The wild and unspoiled environment around Donegal airport has to be seen to be believed. The area is known as the Wild Atlantic Way and is one of Ireland’s premier natural attractions.

The French Riviera, also known as Côte d’Azur, has been a popular resort destination since the 18th century. In the 19th century, it became the vacation hotspot for aristocrats like Tsar Alexander II, Queen Victoria, and King Edward VII. And in the 20th century, the Côte d’Azur was frequented by artists and writers like Picasso, Matisse, Edith Wharton, and Aldous Huxley. The area’s beauty has not changed in hundreds of years, and one of the best ways of seeing it is from the air. The blue sea of the glistening Mediterranean is surrounded by red rocks, evergreen trees, and dramatic snow-capped mountains. The airport is located seven kilometers from Nice city center, and as you fly in, you will also see famous places like Cannes, the Baie des Anges, and the Alpes Maritimes.