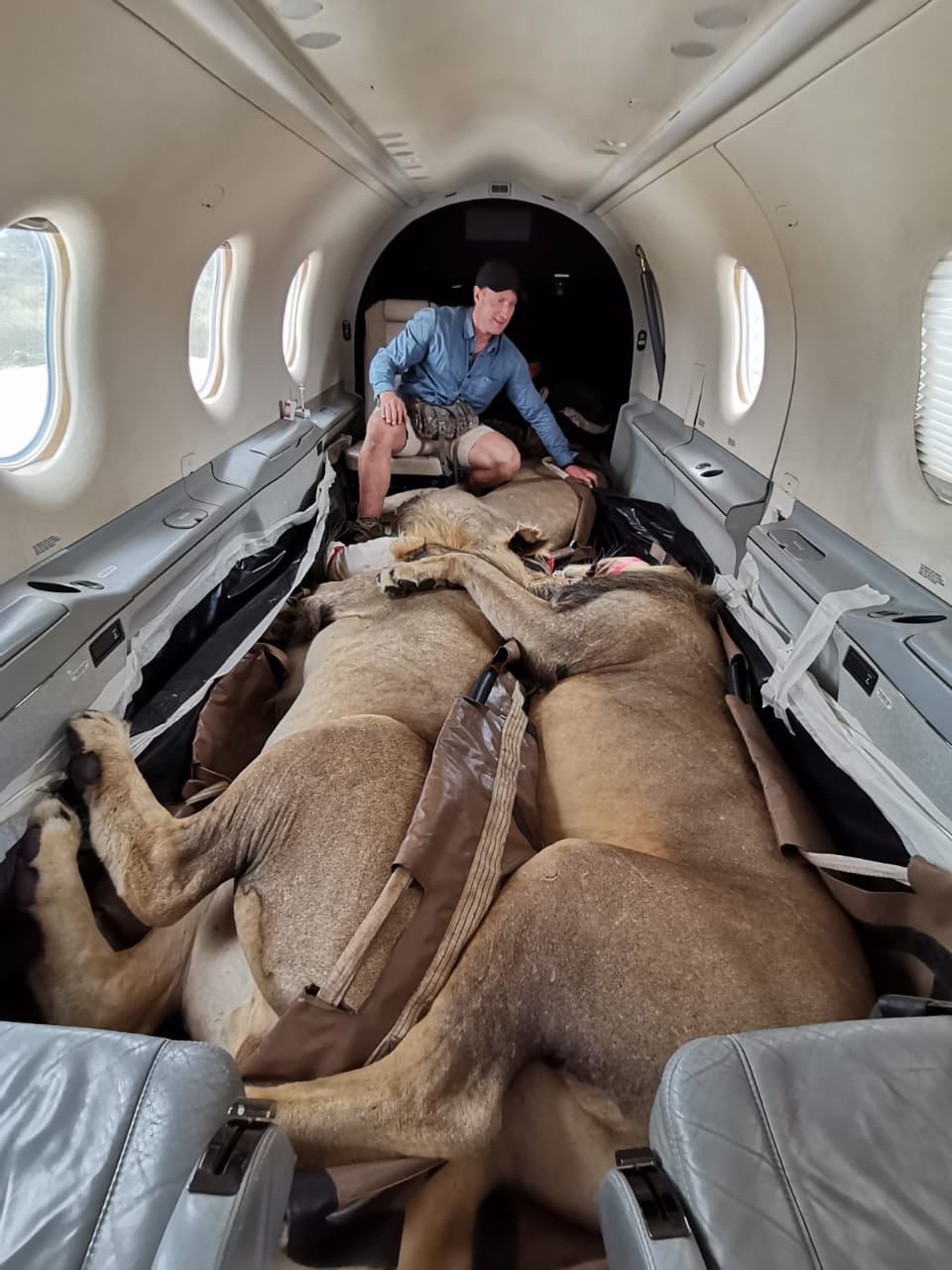 Three Kalahari lions were ferried from Khamab Kalahari Reserve to Mabula Game Reserve on board a Pilatus PC-12.

Kalahari lions are renowned for being the largest of Africa’s lions. The Kalahari lion is a sub-species that behaves and looks different from other lions due to its adaptation to the Kalahari environment.

These three lions weighed in at approximately 200kg each. They were ferried to increase genetic diversity and reduce population sub-division across lion populations. 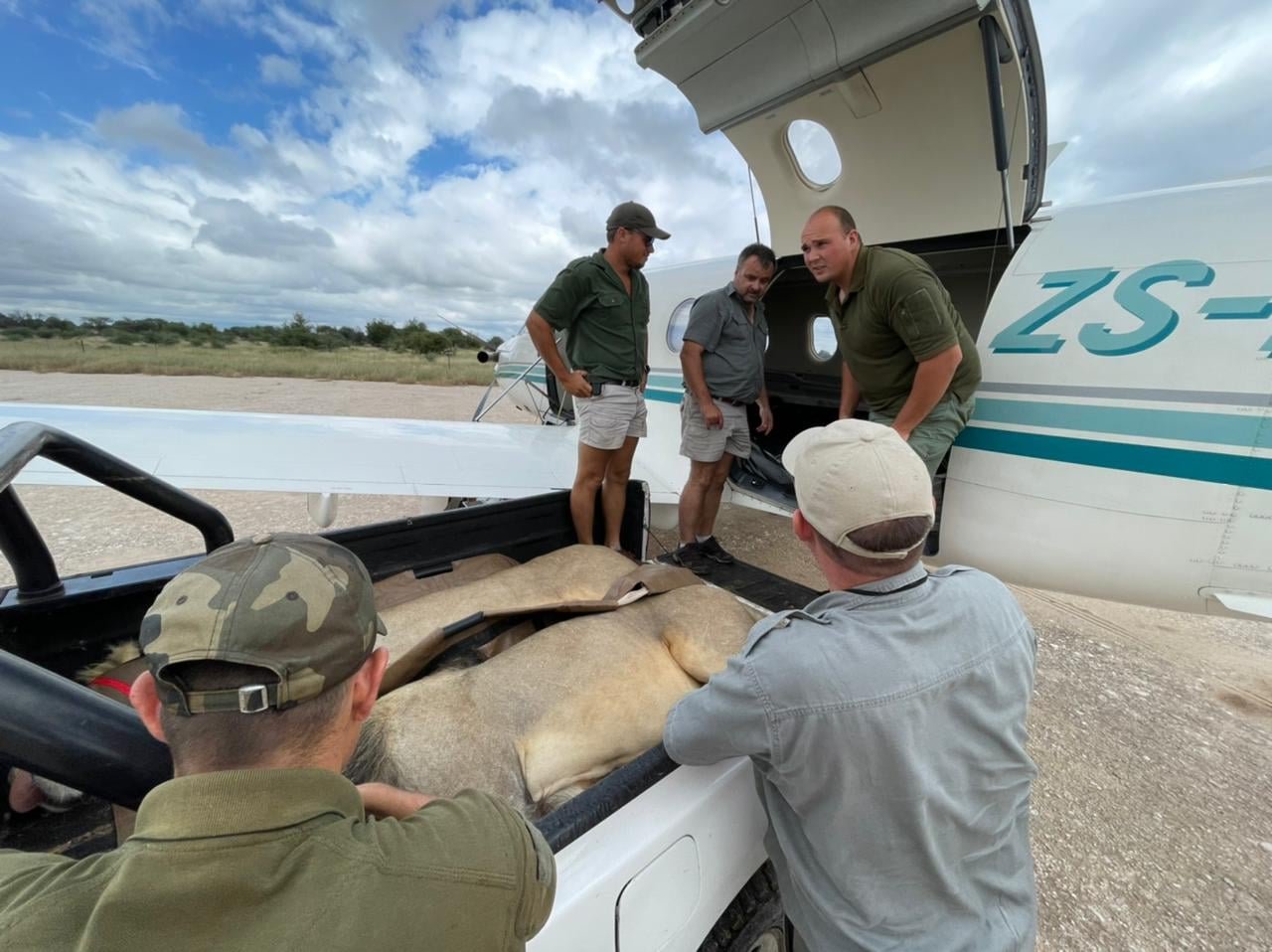 Pilot Menno Parsons flew the three lions from Khamab Kalahari Reserve to Mabula Game Reserve, and Dr Andy Fraser was responsible for the darting and the monitoring of the lions. 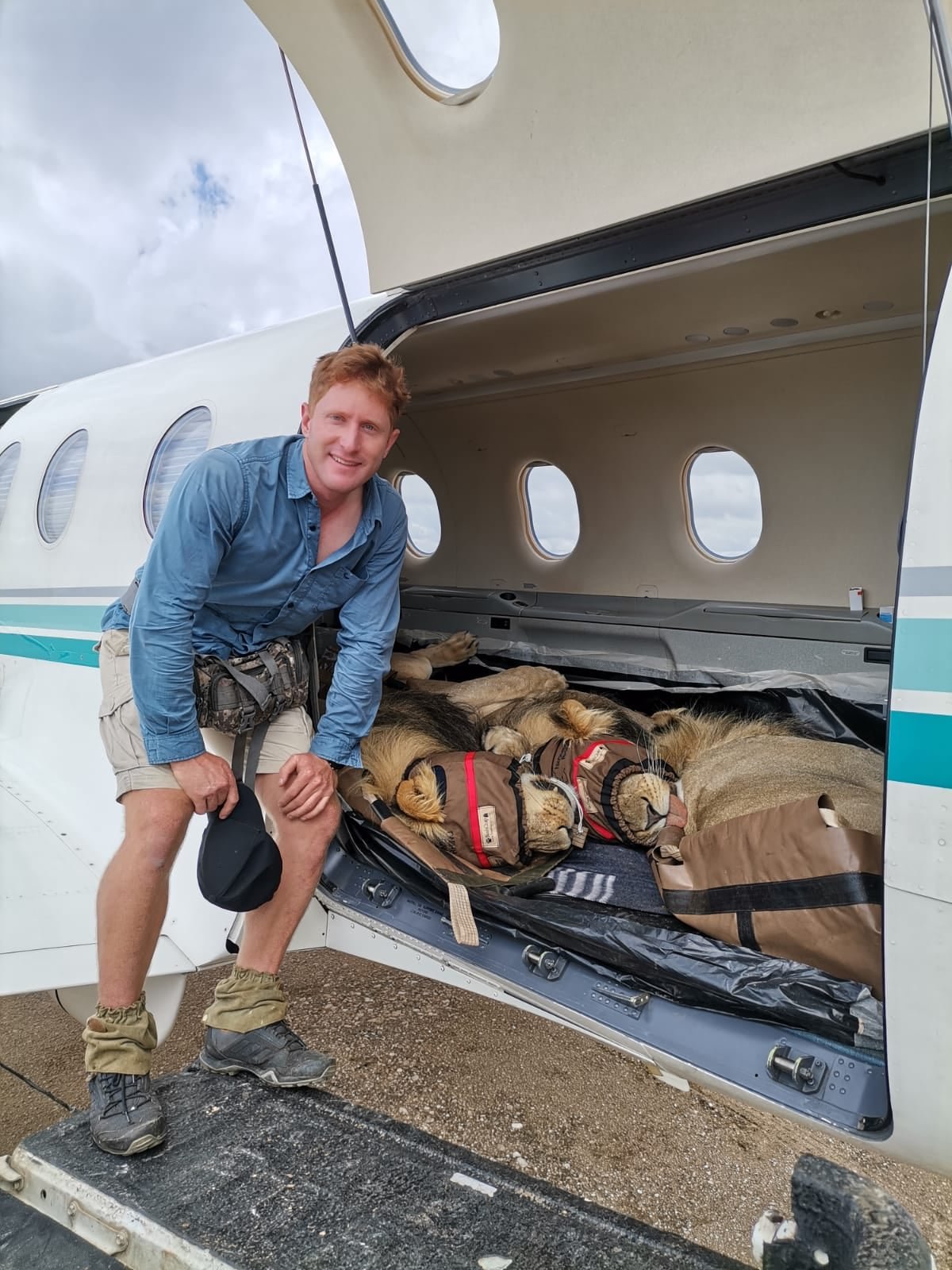 The Kalahari lions tend to live in smaller, more scattered groups, unlike other lions found in other areas. Due to their adaption to the Kalahari environment, they have larger paws and leaner limbs and can cover greater distances.