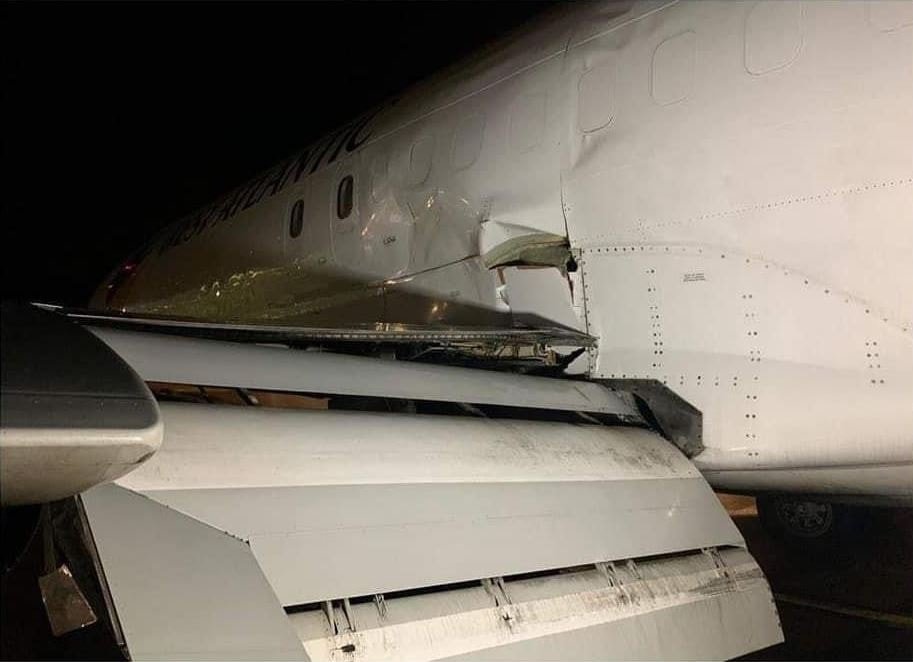 A cargo plane was written off due to “extensive damage” after a hard landing at Exeter Airport, a report said.

The Boeing 737-4Q8 was returning from East Midlands Airport with a pilot and co-pilot who were not injured. The plane was “beyond economical repair”, a report by the Air Accidents Investigation Branch (AAIB) said.

West Atlantic, the plane’s Swedish-based operator, said only the flight commander will be allowed to land at Exeter Airport until further notice. The AAIB confirmed the plane had been written off as it was deemed beyond repair and would no longer be in use after the land.

The aircraft had a hard landing as a result of the plane’s approach to the runway continuing after it became “unstable”, the report said.

“The commander may have given the co-pilot the benefit of doubt and believed she had the ability to correct an approach that became unstable in the final few hundred feet of the approach, it said.

The co-pilot said she did not know what caused the hard landing but did not believe there was a technical issue.

After the aircraft left the runway it was “listing to the left”, the report said. “It was then that the crew realised there was something ‘seriously wrong’ with the aircraft,” it added.

It explained the damage may have been lessened if the crew had ended the attempt at landing and tried again for a second time.

The main body of the wings was “cracked and buckled” and the top end appeared “creased and rippled”, it said. The runway was undamaged after the incident on 02:37 GMT on 19 January 2021.