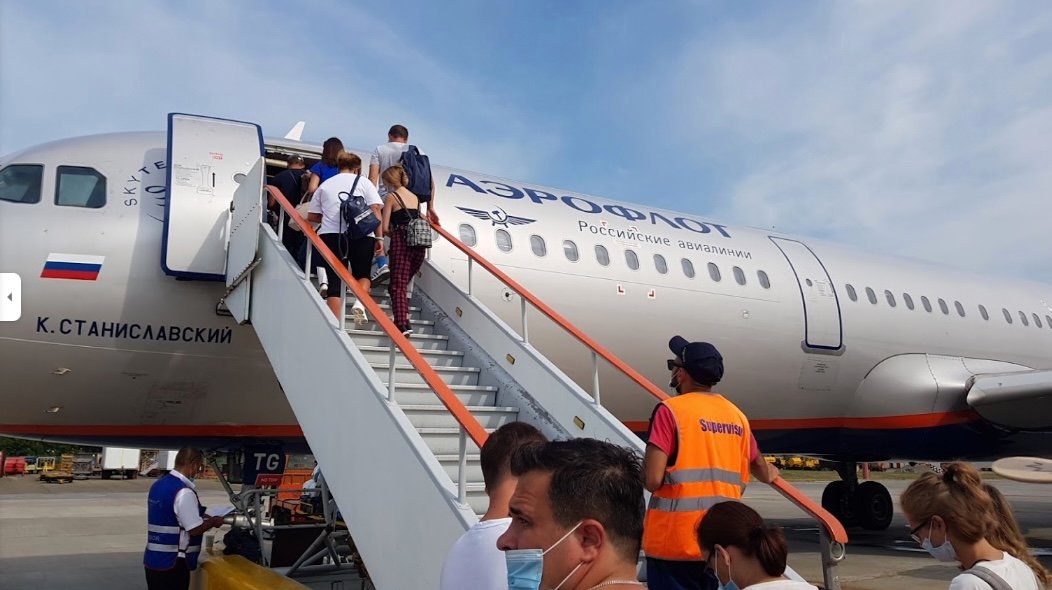 A Russian airport is selling a bundle of pre-flight procedures — without the actual flight — to cope with the chaos roiling the industry in Russia since its war with Ukraine began.

Russia’s Federal Air Transport Agency suspended all flights from the airport at the start of Russia’s invasion of Ukraine in February.

Anapa is near the border between Russia and Ukraine’s Crimea peninsula, which has been occupied by Russia since 2014.

The closures are an extreme example of restrictions facing Russian fliers. Many regular destinations became inaccessible after the invasion began as dozens of countries closed their airspace to Russian planes.

The tour, which costs 1500 Russian rubles or $24, involves check-in, security, waiting at the gate, and boarding a plane which doesn’t go anywhere.

Customers are allowed to visit the cockpit and get served an in-flight meal, The Insider reported.

The plane also receives a water salute, which normally only occurs for ceremonial purposes and involves the plane going underneath plumes of water expelled by fire trucks.