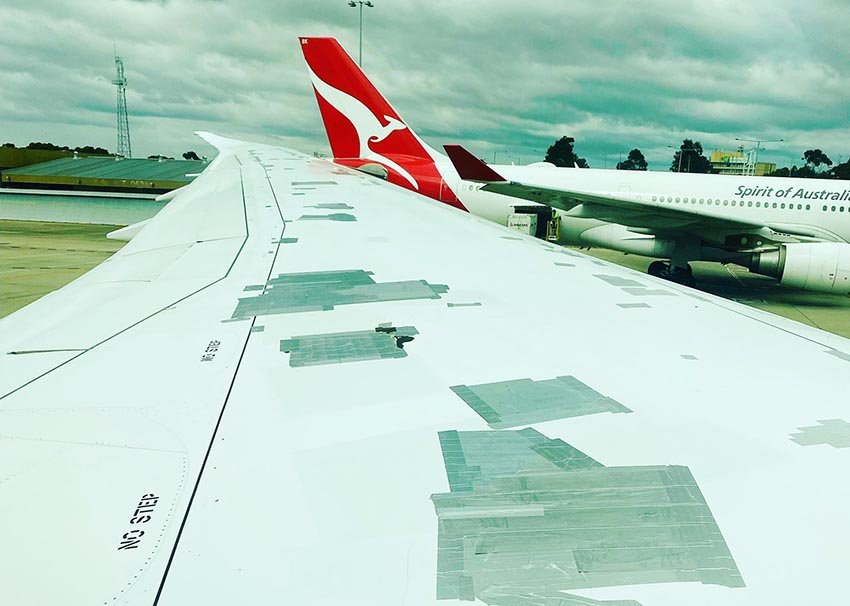 A picture posted on Twitter of an airplane wing covered in what appears to be duct tape went viral this week.

The image in question first drew attention after Australian opera singer David Wakeham posted it to Twitter on September 22 alongside the caption, “When choosing your favourite airline, choose wisely. @Qantas Profits before safety.”

The tape in the photo is not a makeshift attempt at repairs, but instead a commonly used tool among airlines called speed tape, which is used to cover peeling paint.

Australia’s Civil Aviation Safety Authority told CheckMate it was aware of peeling paint, and said speed tape can be used in “accordance with approved maintenance instructions,” adding that “approved temporary repairs do not pose a safety risk to passengers.”