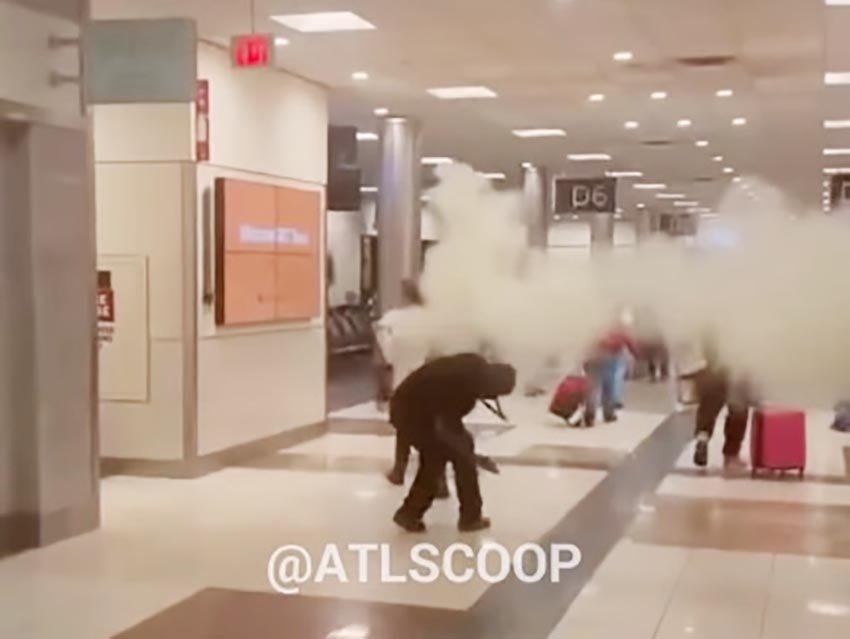 An Ohio woman was arrested Tuesday after she assaulted flight attendants and police officers with a fire extinguisher at Hartsfield-Jackson Atlanta International Airport.

Jennifer was confronted by airport staff when she allegedly left a Buffalo Wild Wings restaurant without paying for her meal, according to Inside Edition.

The incident happened around 9:30 p.m. on Concourse D after police say airport security reported that a Delta passenger was attempting to open a secured door.