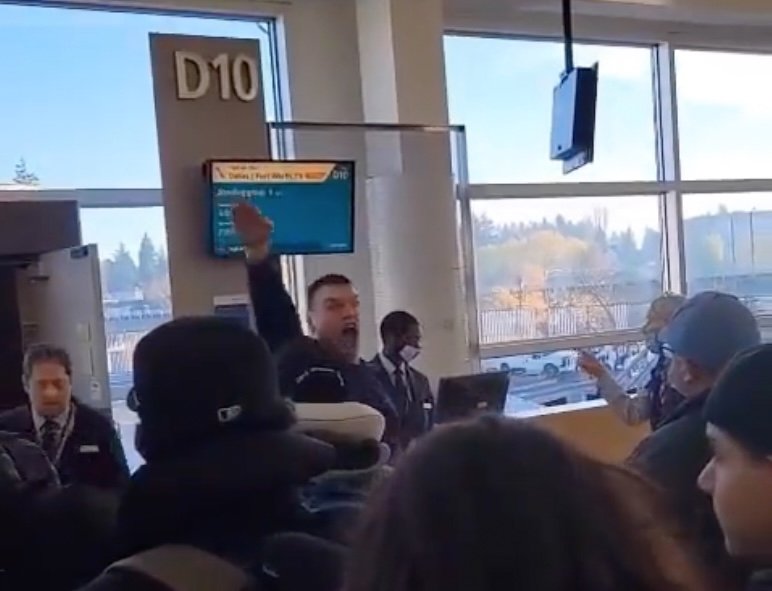 In the recordings, the man can be seen doing the Nazi hand salute as he yells several remarks at Seattle-Tacoma International Airport.

StopAntisemitism, a “grassroots watchdog” that exposes people who engage in antisemitic behavior, posted video clips of the outburst online and has since identified the man as Nicholas Edward Letney.

Seattle, WA airport earlier today – a man was arrested after throwing up Heil Hitler salutes and screaming of a race war in the busy airport, gate D10. pic.twitter.com/SZx6oEARv6

“You go to the gas chamber!” and “Race war!” were among the antisemitic statements Letney hurled out as passengers boarded the American Airlines flight that was destined for Dallas-Forth Worth.

“The Jews got what they deserved,” Letney continued. “You’re a f**king alien. An alien and a reptilian,” he added, pointing to an individual off camera.

In a second clip, Letney is placed in handcuffs as two officers restrain him on his side. “Have you heard of the First Amendment? Yeah, so you violate that because I’m a Nazi. You’re doing this because I’m a Nazi,” he said as officers pinned him to the ground.