WestJet flight 181 has landed at Kelowna International safely, but emergency crews remain assembled at the airport.
RCMP officers and a police dog are searching the aircraft and some bags in an outside area at the airport, according airport spokesperson Jenelle Hynes.There was an early report of a possible bomb threat on an emergency radio frequency, but that hasn’t been confirmed.“Someone made a phone call and there was conflicting information in the phone call, but we have to treat it as a serious situation,” Hynes says. “The phone call referred to a specific flight and that flight has landed.” 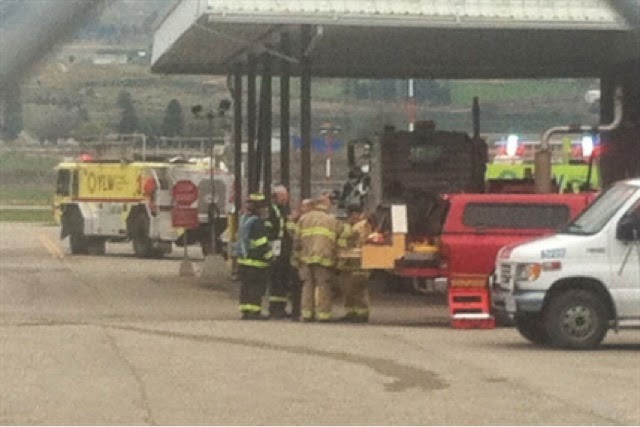