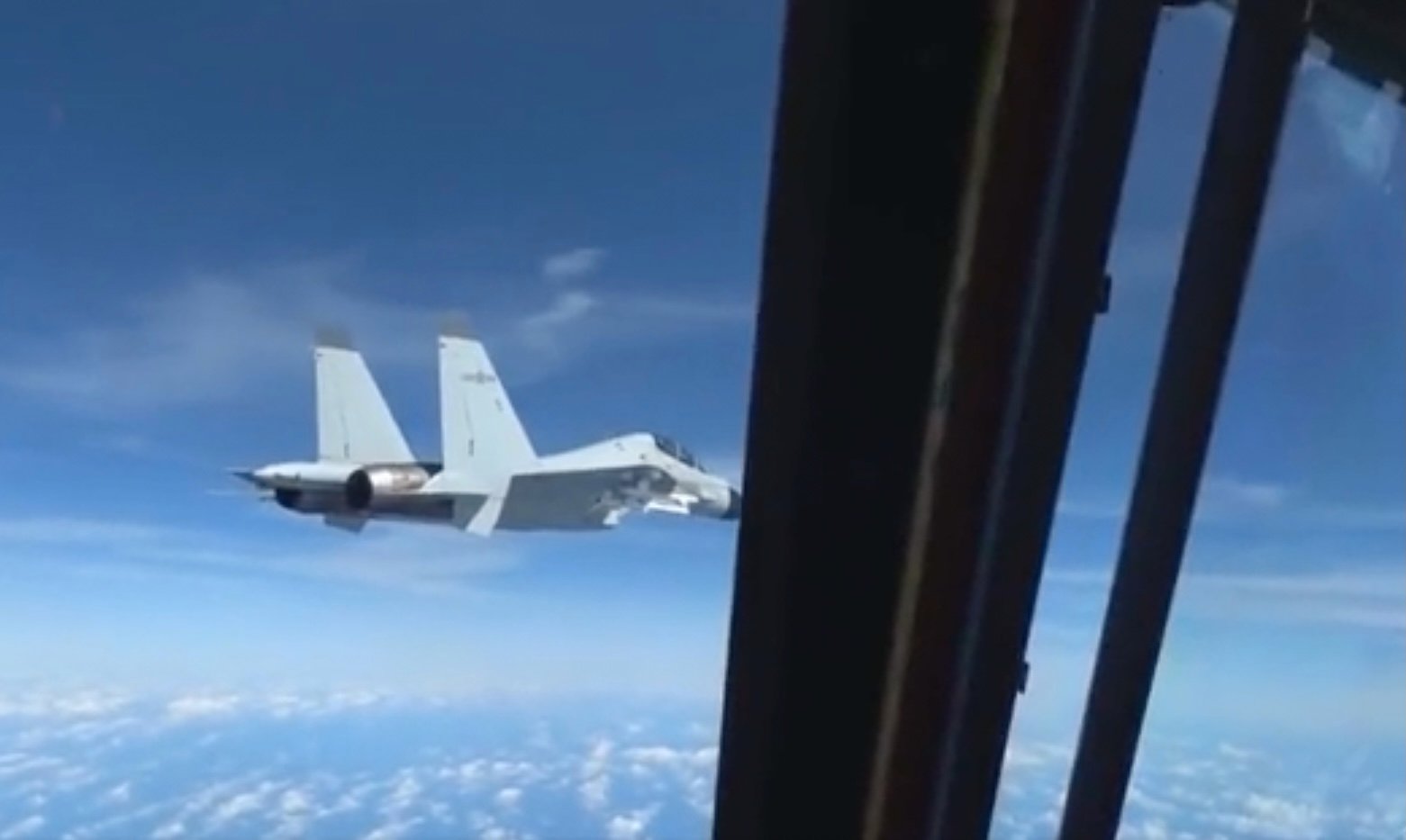 A Chinese military jet came within touching distance of a United States Air Force plane and forced it to take evasive action to avoid a collision in international airspace over the South China Sea last week, according to the US military.

A video released by the US Department of Defense showed the close encounter, which followed what the United States has called a recent trend of increasingly dangerous behaviour by Chinese military aircraft, according to Reuters.

The incident, which took place on December 21, involved a Chinese Navy J-11 fighter jet and a US Air Force RC-135, according to a US military statement on Thursday.

Back in 2001, a Chinese fighter collided with an US EP-3. The J-8 fighter broke up and its pilot was killed. The EP-3 was so damaged it was forced to land on the Chinese controlled island of Hainan, where the crew was held captive for some time.