The extreme heat damaged the runway at London Luton Airport 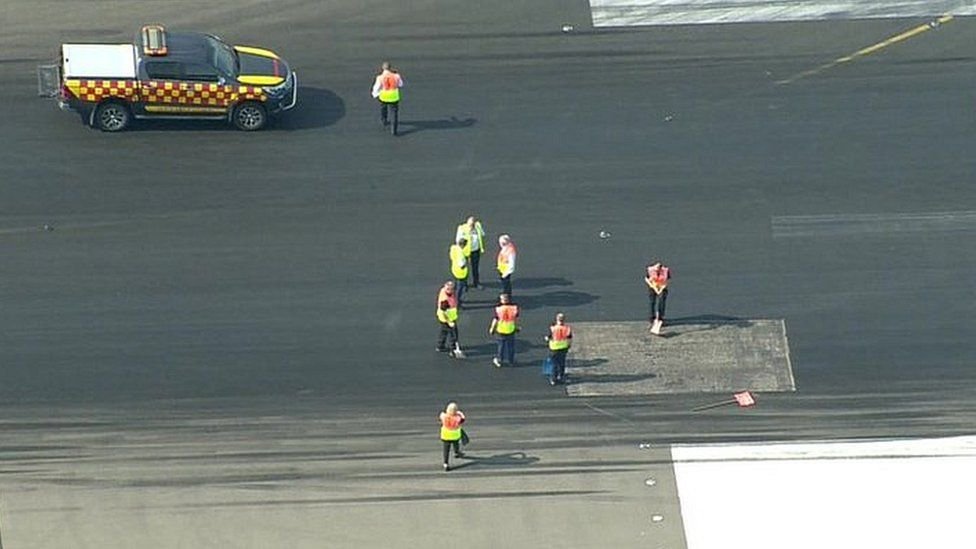 Flights to and from Britain’s London Luton airport were temporarily disrupted on Monday after soaring temperatures caused a defect in its runway.

Flights have resumed at London Luton Airport following repairs after high temperatures lifted a small section of the runway.

Easyjet and Ryanair both diverted some of their arrivals to other airports.

The damage occurred as the Met Office issued a red extreme heat warning in much of England, with temperatures set to hit 41C (106F) on Tuesday.