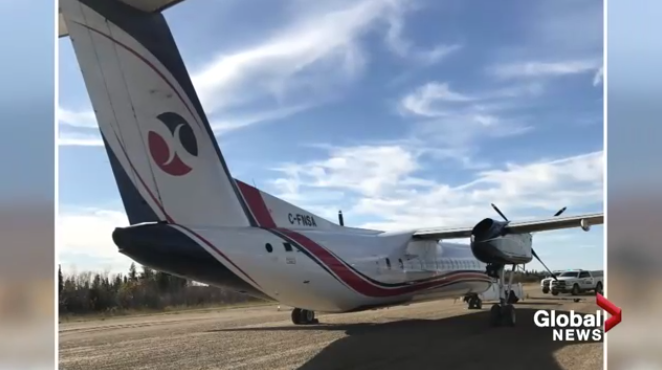 A plane crashed into a pair of deer while trying to land on the runway in northern Alberta on Tuesday.

Police said the two deer jumped in front of the aircraft and hit the propeller. It happened at the MEG Energy Christina Lake Aerodrome, east of Conklin, Alta.

The Dash 8, was owned by Sunwest Aviation and was flying workers to a site for oilsands producer MEG Energy.

According to the RCMP, the plane was carrying 43 passengers and a crew of four. Nobody was injured but both deer were killed and there was damage to the aircraft.

Sunwest Aviation’s Mike Gocal said the pilots “felt a bump after they encountered the deer.”

“They saw them at the very last moment, but it was too late to take any evasive manoeuvre,” he said. “We’re working with the airport authority up there to prevent a recurrence, by working with them on improving their wildlife mitigation prevention program.”

To try to prevent planes from hitting wildlife, Springbank Airport officials use a starter pistol to scare animals away.130