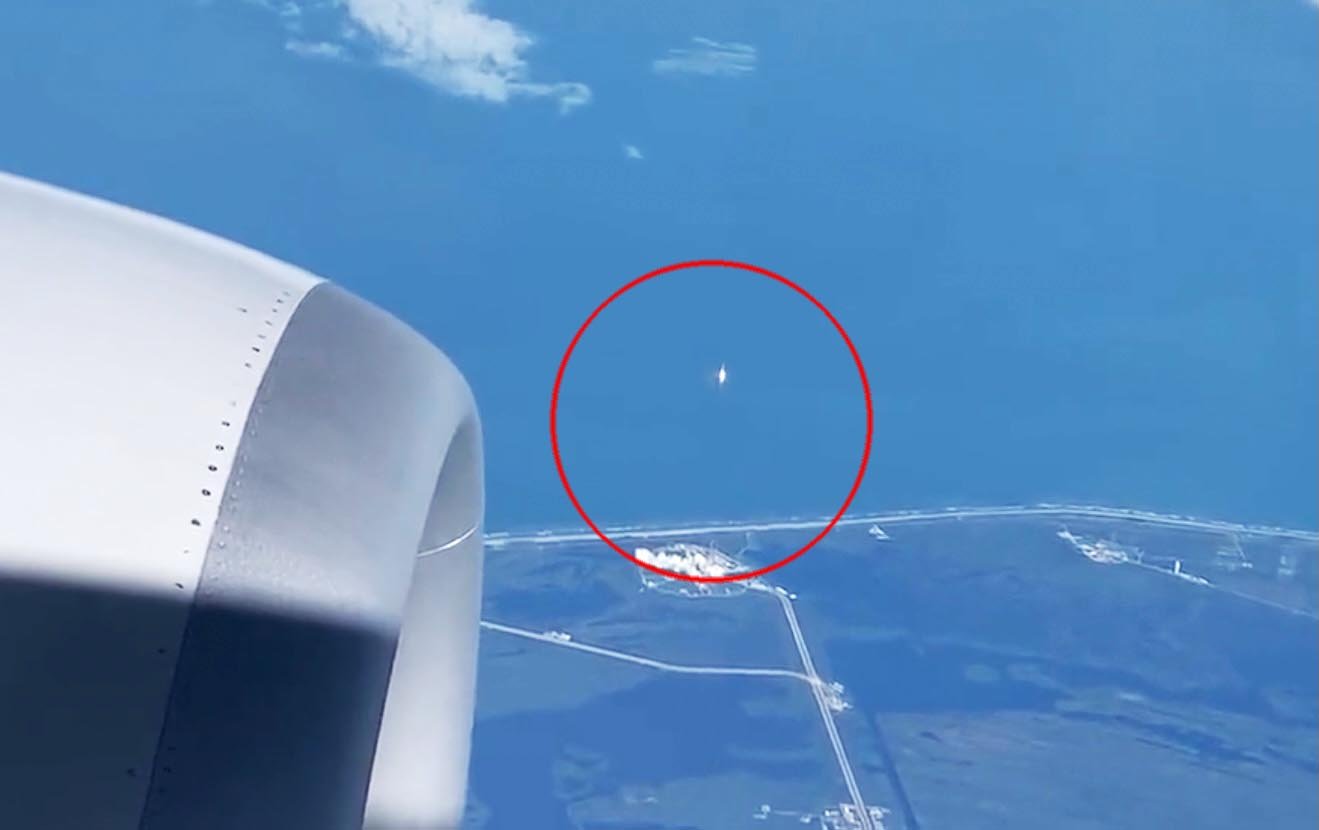 Passengers on board a United Airlines commercial jet flying over Florida’s Cape Canaveral were able to spot an amazingly rare sight.

The video, shared by NBC photojournalist Nick Leimbach, shows the white rocket blasting off and gaining altitude at a dazzling rate, leaving behind a massive cloud of dust and vapor — an angle that puts the incredible spectacle into perspective.

One of the coolest things I’ve ever seen.

Aboard @United Airlines 220 flying over Cape Canaveral as a SpaceX Falcon 9 lifts off. pic.twitter.com/klSqmbfPHt

“One of the coolest things I’ve ever seen,” Leimbach wrote.

The flight took off from Dulles International airport in Washington, DC at 12:25 pm and landed roughly 3.5 hours later in George Town in the Cayman Islands. 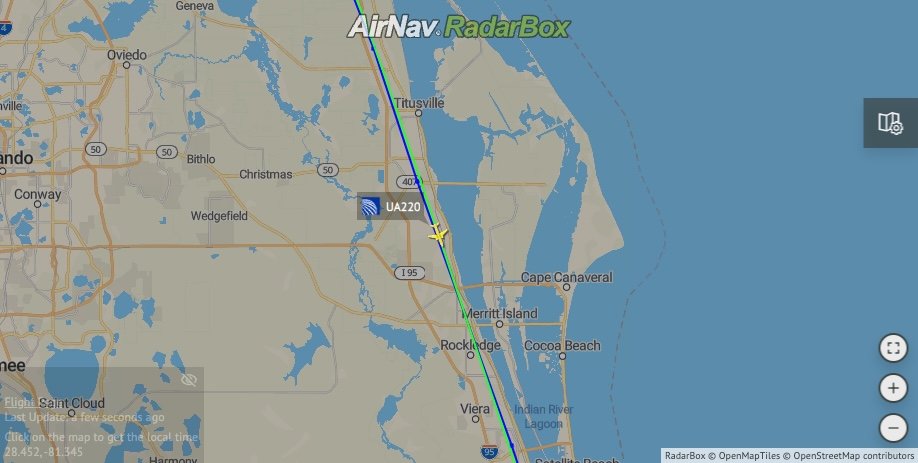 Its flight path perfectly crossed NASA’s Kennedy Space Center, at just the right moment. SpaceX’s Falcon 9 rocket took off from Launch Complex 39A at 2:20 pm local time, with an uncrewed Dragon spacecraft in tow, carrying supplies and equipment to the International Space Station.