A US Air Force plane made an emergency landing at George Bush Intercontinental Airport Wednesday afternoon. The Houston Airport System said there were reports of smoke inside the cockpit. The Houston Fire Department said four soldiers were on board and had to be evacuated. Firefighters made a full sweep of the DC-10 but found no signs of smoke or fire inside, according to HAS. 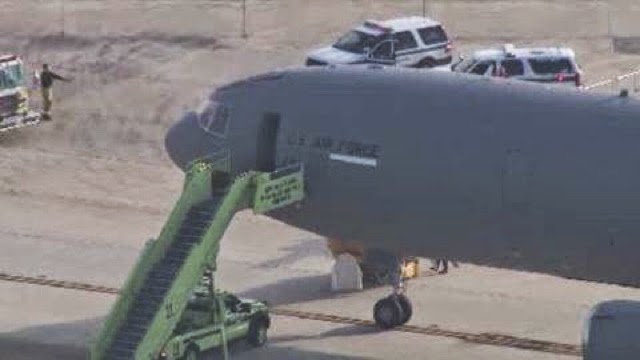