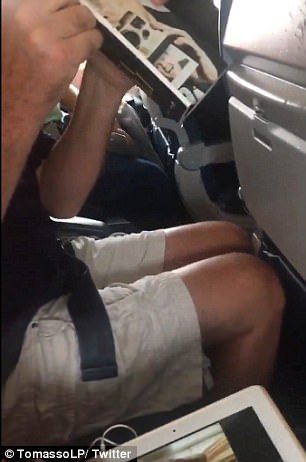 A plane passenger sat helplessly in his seat as water steadily trickled onto him from the ceiling during a flight to Florida Friday, despite his best efforts to shield himself using a magazine.

The soaked but apparently good-natured passenger chuckled as he fruitlessly tried to divert the liquid away from his body using the magazine, video posted by his son shows.

“Hey @Delta, be glad my father is such a good sport about sitting in water for a whole flight,” tweeted Tommy McCullough. “Water falling from ceiling onto passengers.”

McCullough told his family was flying from Atlanta on the Delta flight when the ceiling started leaking. He said at least a half-dozen people were soaked by flight’s end. 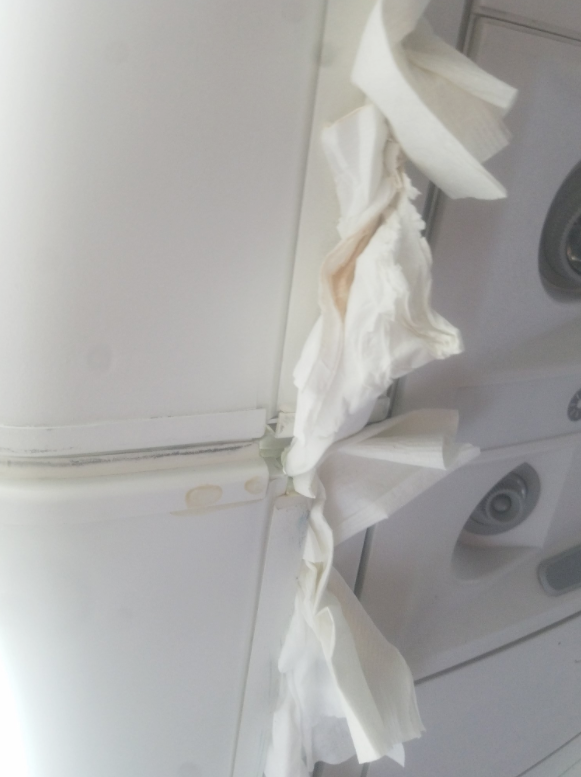 Flight attendants didn’t address the leak until the flight was in its final descent, McCullough said: “They eventually realized how stupid the situation was and just stuffed napkins into the ceiling.”