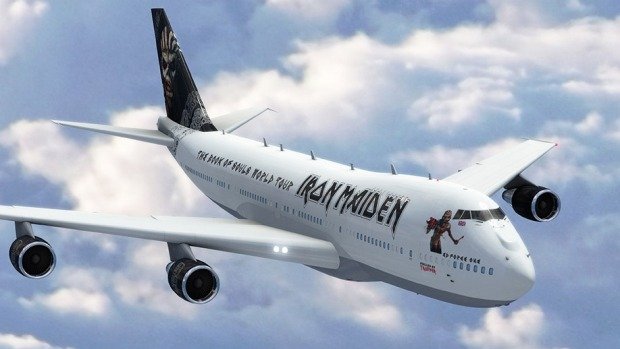 British heavy metal band Iron Maiden have announced that they will be chartering a Boeing B747-400 from Air Atlanta icelandic for their upcoming tour The Book of Souls World Tour next year. They will be using TF-AMI which will not require extensive reconfiguration.

“The greatest benefit of travelling in a 747 is that because of its colossal size and freight capacity we can carry our stage production and all our stage equipment and desks in the cargo hold without having to make any of the immense structural modifications needed to do this on the previous B757-200 ), the extent of which fans will have noted on the Flight 666 DVD,” frontman and commercial pilot Bruce Dickinson said. “Although in reality we cannot carry much more gear the savings in complexity, time and cost make using the 747 even more practical. Furthermore, it is marginally faster – 0.85 MACH – and the range of around 7,000NM (13,000 km) is much greater which means we will not have to make the refuelling stops we needed to with the 757.”