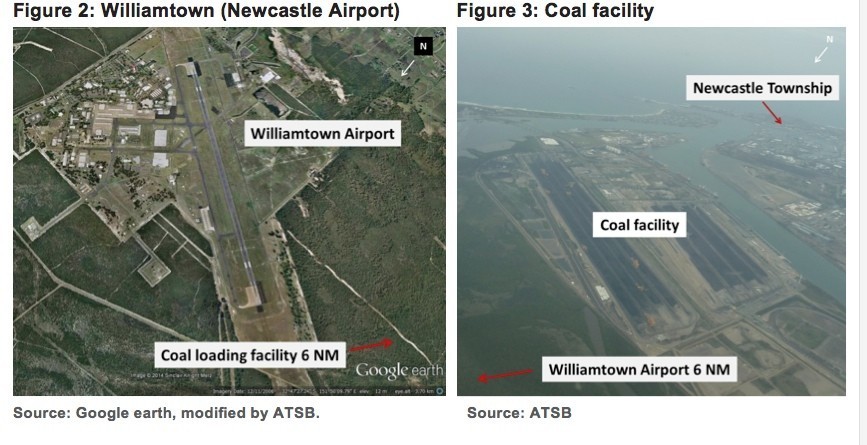 The crew of a Regional Express Saab 340B mistook a coal loading and storage facility in Newcastle for the local airport and began manoeuvring to land there, according to an Australian Transport Safety Bureau report.

The November 2012, flight from Sydney to Newcastle Airport was on descent when an aerodrome controller noticed it was not tracking as anticipated but manoeuvring at a greater distance than usual from the runway.

The controller contacted the crew, who then requested radar guidance and were directed toward the airport, where the plane landed in fading light. “After landing the crew advised the controller that they were unfamiliar with locating the airport at night,’’ the report said. “The ATSB found that, in the low light conditions, the captain misidentified a coal loading and storage facility, 6 NM (11km) southwest of Williamtown, as the airport environment.”

Rex conducted an internal investigation and alerted its crews to possible misidentification of features in the Williamtown area and reminded them of the importance of using navigation equipment to verify their position. Crews were also advised that visual approaches were no longer to be conducted at Williamtown during normal operations and additional material on situation awareness and assertiveness skills was incorporated into the airline’s human factors and non-technical skills training.

The ATSB report also recounts other incidents in which airports have not been correctly visually identified by approaching airliners, including the 1989 incident in which an Australian Airlines Boeing 737 pulled up only 170 feet above the ground when it thought it was landing at Mackay Airport but had descended on an adjacent highway instead.

The report outlines the steps REX has taken to prevent such a stuff up in the future.  This incident might seem amusing on a quick reading of the ATSB summary. The full report, linked to the summary page, makes it clear that this was a serious incident, and responded to as such by the airline.

Via: Crikey, The Australian