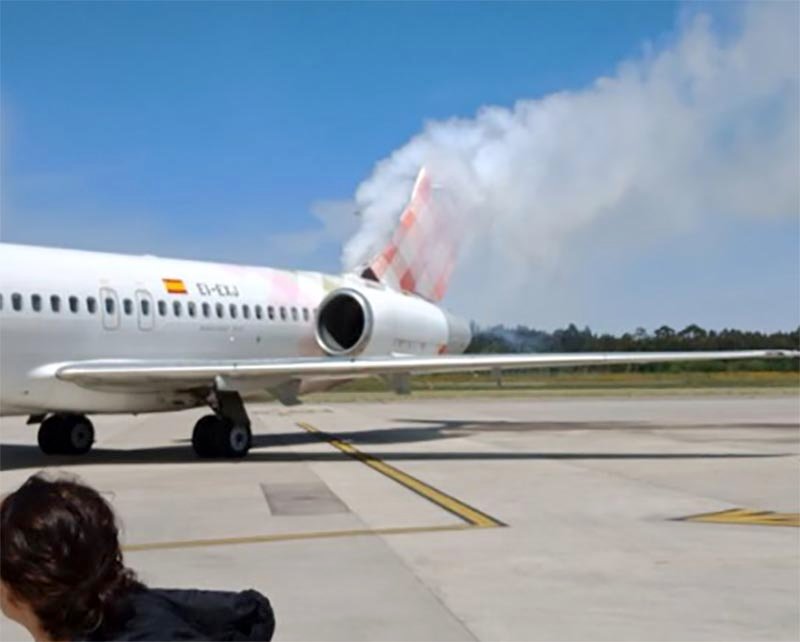 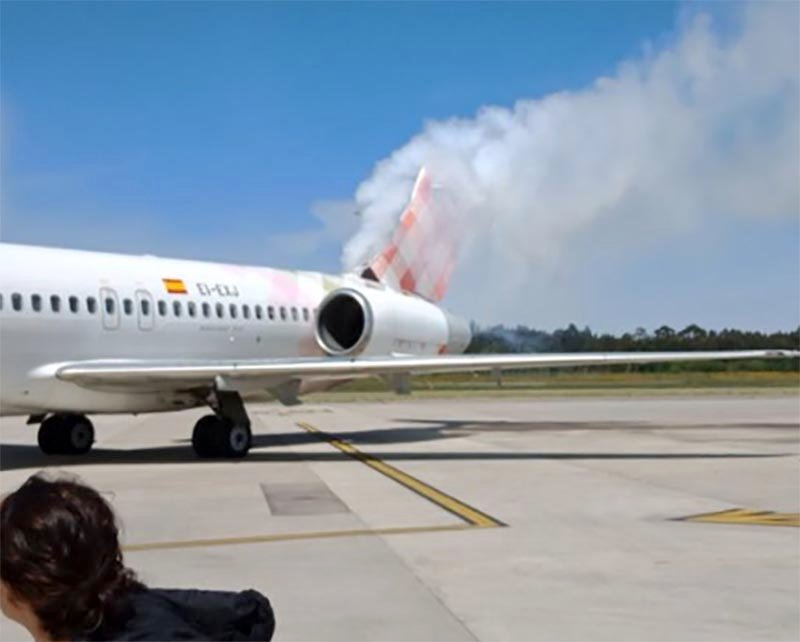 An aircraft operated by a Spanish low-cost airline was evacuated this afternoon after an ‘explosion’ and then smoke and a burning smell filled the inside the plane.

The Volotea flight from Asturias Airport to Sevilla, Spain was evacuated with no reports of any injuries.

Passengers took to social media to Tweet photographs of a plume of white smoke coming from the rear of the aircraft.

The flight was cancelled and the company said passengers will be transferred to a later flight.

Engineers are now analysing the reason for the failure of the part.