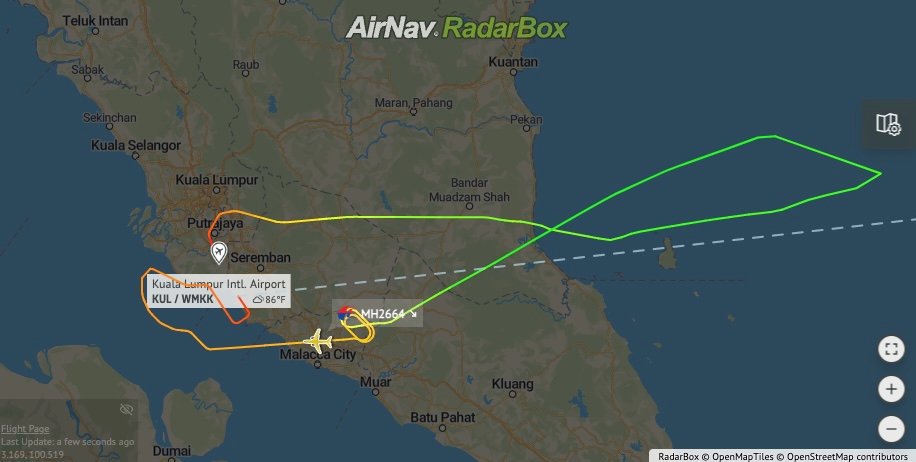 Media reported that a Malaysia Airlines flight from Kuala Lumpur to Tawau town in Sabah allegedly dove suddenly and flew erratically before being turned back on Sunday (April 3), it’s not right.

Malaysia Airlines said in its statement that the technical problems were “compounded by bad weather en route”. The pilot turned back to KLIA as a precautionary measure, in the interest of passenger safety, the company said.

According to RadarBox website, the Boeing 737-800 has lost 7,000 ft in 13 minutes, a very regulate descent rate. However the flight suffered severe turbulence.

The aircraft (reg. 9M-MLS) is grounded since the incident.

The airline said in a statement on Wednesday that Flight MH2664 from Kuala Lumpur International Airport (KLIA) turned back due to “technical issues” with the aircraft.