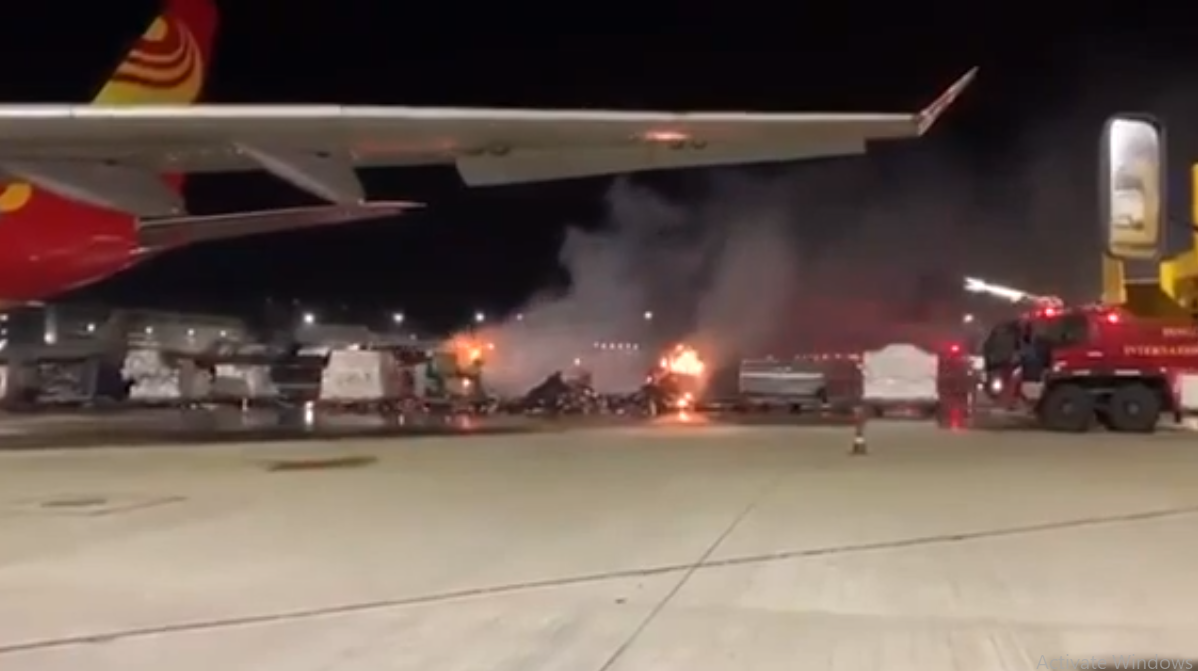 At around 5 am this morning, the fire broke out near stand 452. The firefighters arrived at the scene, and the fire was put out about 40 minutes later.

However, the cause of the fire is yet to be investigated. No one was injured in the incident. The pallet reportedly carrying VIVO smartphones was severely burned. The cargo was reportedly ready to be shipped to Bangkok, Thailand, via Hong Kong Cargo Airlines.

Lithium batteries probably powered the VIVO smartphones, and these batteries are capable of igniting spontaneously under heat or physical damage.

Footages shared on the Internet show that the cargo package has a blue and white outer box. According to data, Vivo Mobile Communication products are mainly sold to Southeast Asia and other places.