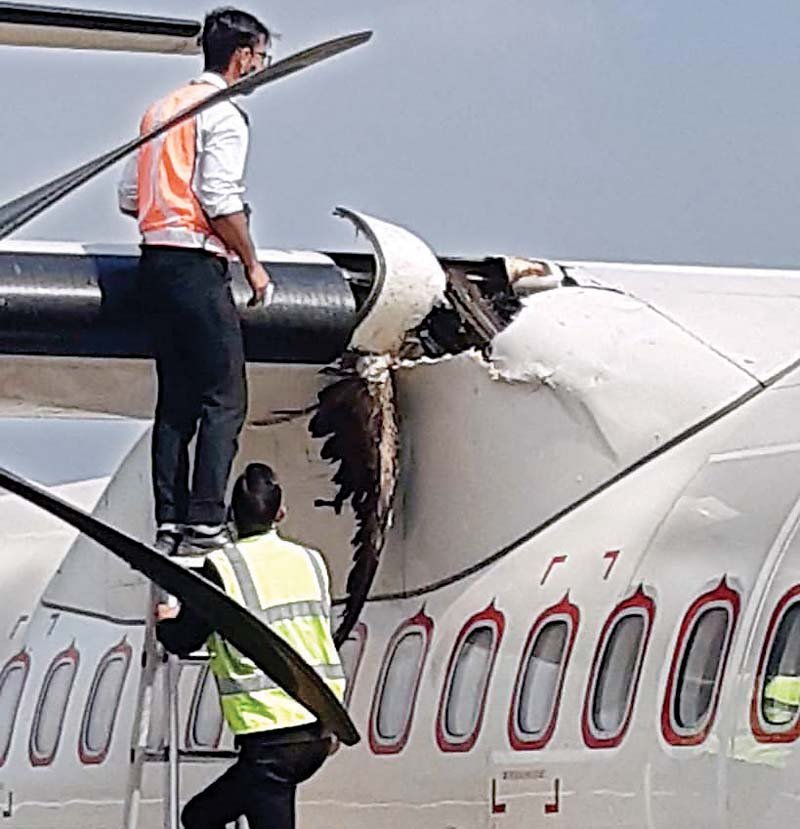 An Air India Express ATR 72-600 received sustainable damage to its right-hand wing after a large bird impacted and penetrated the wing-to-body fairing.

The ATR 72-600, with registration VT-RKM, was performing flight 9I-714 from Chandigarh Airport to Dharamsala-Kangra Airport, with 45 passengers on board.

Although the bird collided some 38 km away from Dharamsala airport, the pilot reportedly came to know after the landing only.

Kishore Sharma, director of the Airports Authority of India Civil Airport Gagal and Gaurav Kumar, air traffic in-charge, said that some parts of the aircraft’s right-hand wing parts were damaged due to the strike.

The outbound flight to Delhi was halted as the aircraft was taken out of service due to extensive damage. According to the airport official, Engineers would depart from Delhi to Kangra to evaluate and repair the ATR 72.