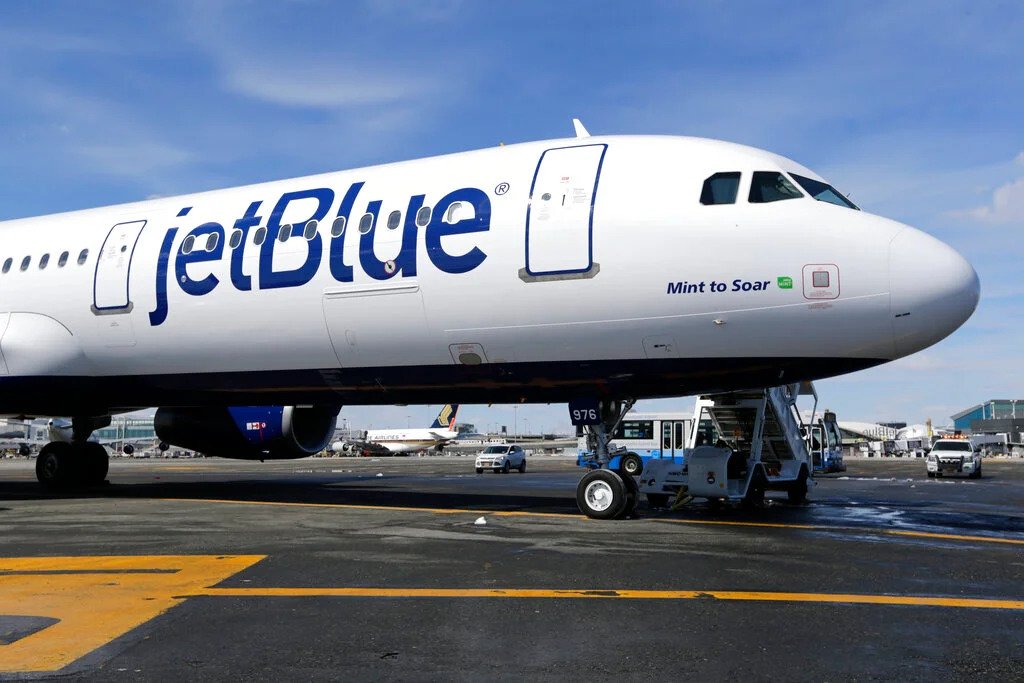 Two JetBlue planes bumped into one another Wednesday on parking at John F. Kennedy International Airport.

A JetBlue flight from New York to Puerto Rico bumped into another plane in the gate area on Wednesday, the second time in a matter of days that two planes experienced an unusual incident at JFK Airport.

The FAA said a plane bound for San Juan, Puerto Rico struck the tail of another parked plane as it was pushing back from the gate. No injuries were reported.

JetBlue released the following statement:
On Wednesday morning, JetBlue flight 1603 with scheduled service from New York’s John F. Kennedy International Airport (JFK) to San Juan’s Luis Muñoz Marin International Airport (SJU), came into light contact with a parked unoccupied aircraft during pushback. Flight 1603 returned to the gate, no injuries were reported, and the flight has been assigned to another aircraft. Safety is JetBlue’s first priority, and both aircraft involved will be taken out of service for inspection and the incident will be investigated.

This comes just days after two other planes almost collided on the runway at JFK. A Delta plane managed to stop about 1,000 feet before hitting an American Airlines flight that crossed into its path.