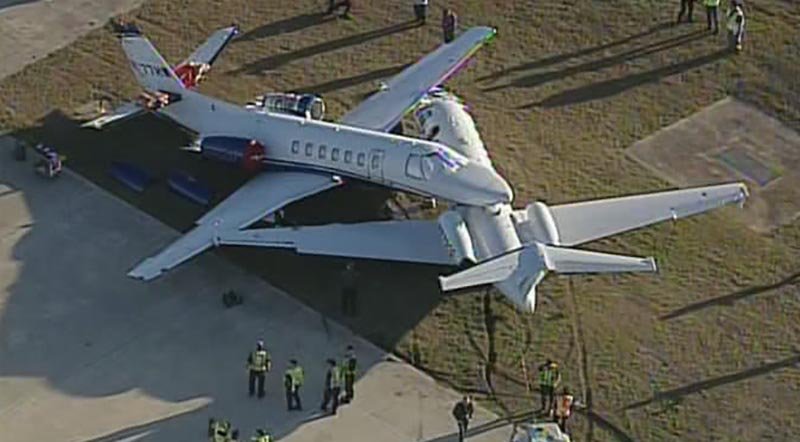 A private jet in taxi accidentally crashed into a parked plane at the San Antonio International Airport Friday afternoon.

No one was injured in the wreck that occurred before 4 p.m., according to Joe Arrington, a spokesperson with the San Antonio Fire Department.

The CJ3 was carrying a pilot, mechanic and two passengers, Stinson said. Both planes were on the tarmac at the time of impact.

No commercial air traffic was impacted, but the crash did cause a 300-gallon fuel spill, Arrington said.

The Federal Aviation Administration was on scene to investigate the crash.