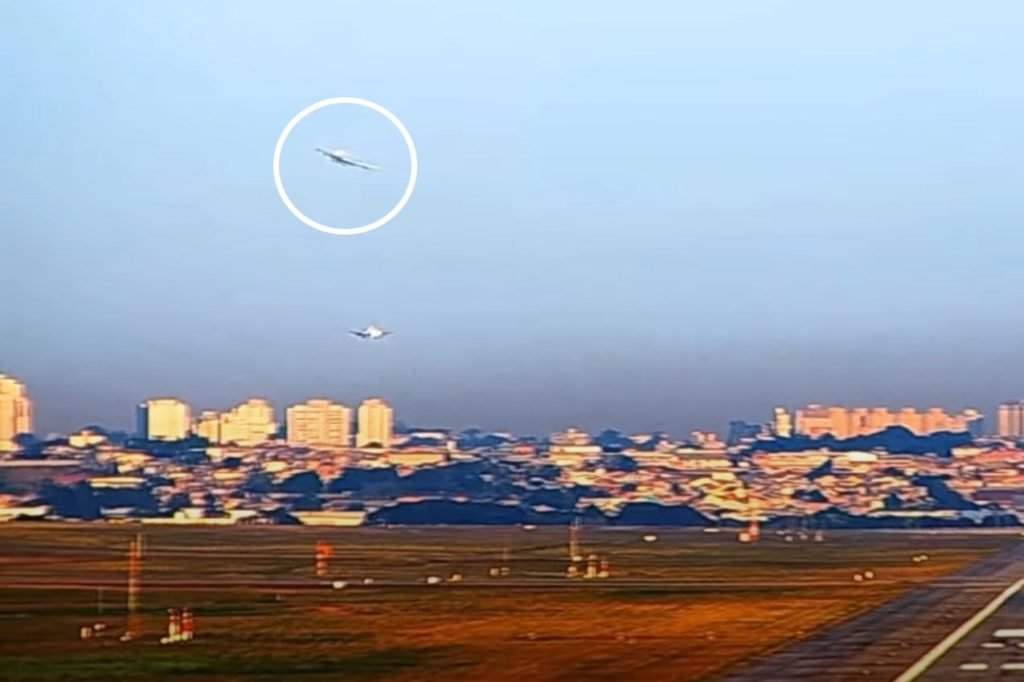 A Fly Pro Boeing 747-200SF performed an erratic manoeuvre while making an approach at Sao Paulo-Guarulhos Airport to avoid GOL Boeing 737 approaching ahead.

Even though the jumbo attempted to manoeuvre, it was not safe to continue. So, the attentive controller of the ATC Tower entered the radio frequency and commanded to “go around” repeatedly at the last few seconds before landing.

Probably, the GOL Boeing 737 was still on the runway by that time. The Boeing 747 then powered up again to perform a go-around.

The approach and go-around were recorded and published on Youtube by the Oscar Romeo Golf Channel.

Fly Pro is a Moldovian cargo charter airline operating cargo charters using its fleet of two leased Boeing 747-200SFs. The airline launched its operation in 2016 and is based at Chișinău International Airport.