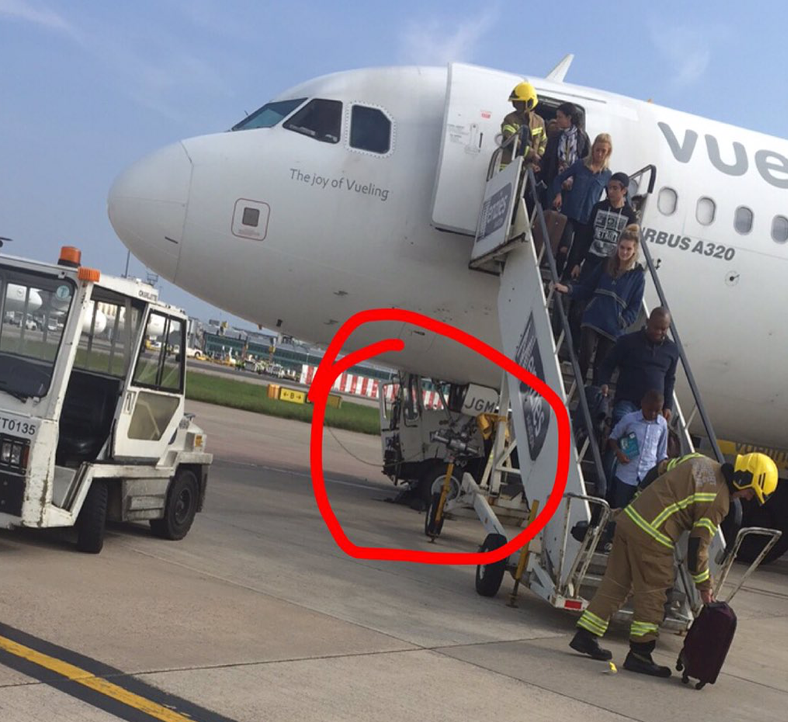 A Vueling A320 was damaged by a tow truck at Manchester Airport.

Firefighters and other emergency services were scrambled to the scene this morning. Passengers bound for Barcelona were immediately escorted off.

A full investigation is expected to be launched. First report says the tow vehicle had issues and the plane didn’t stop when the tow stopped.