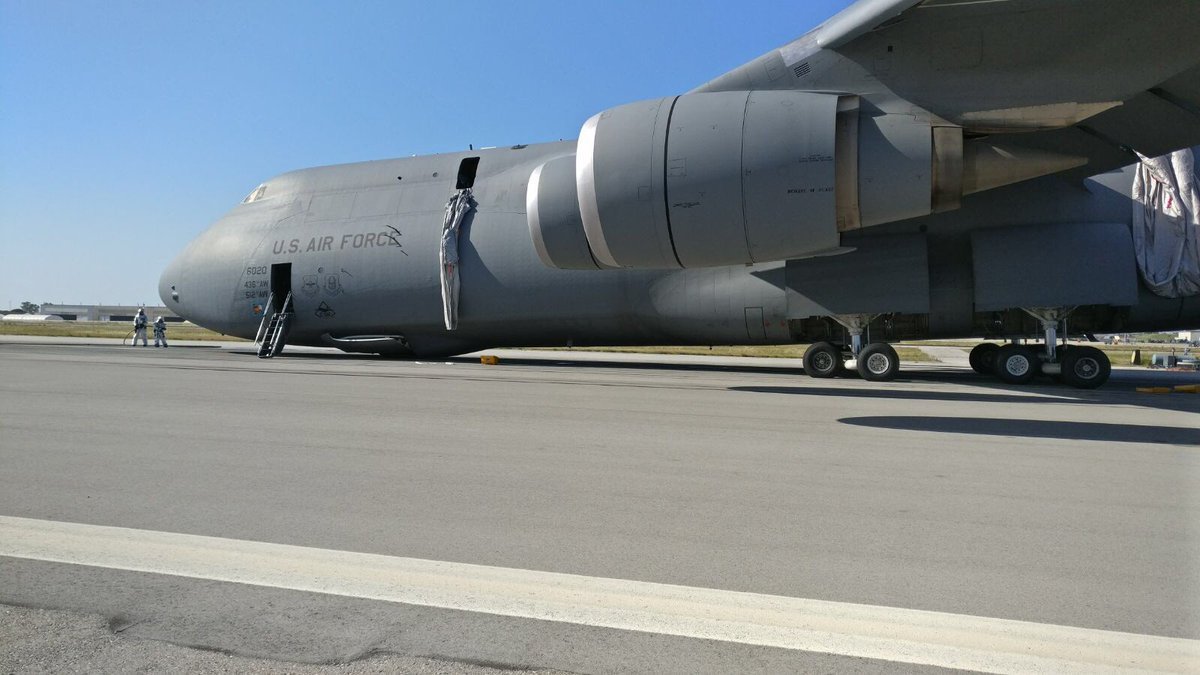 A USAF C-5 Galaxy airlifter has safely slid to a stop after making a successful emergency landing at the Rota Air Base in Spain after its nose landing gear failed to extend correctly.

Fire crews stood by as the huge aircraft circled for an hour to burn off fuel and the flight deck ran through a “wheels up, crash landing” checklist.

The aircrew eventually got the landing gear to extend roughly 6 inches and made a text book landing. 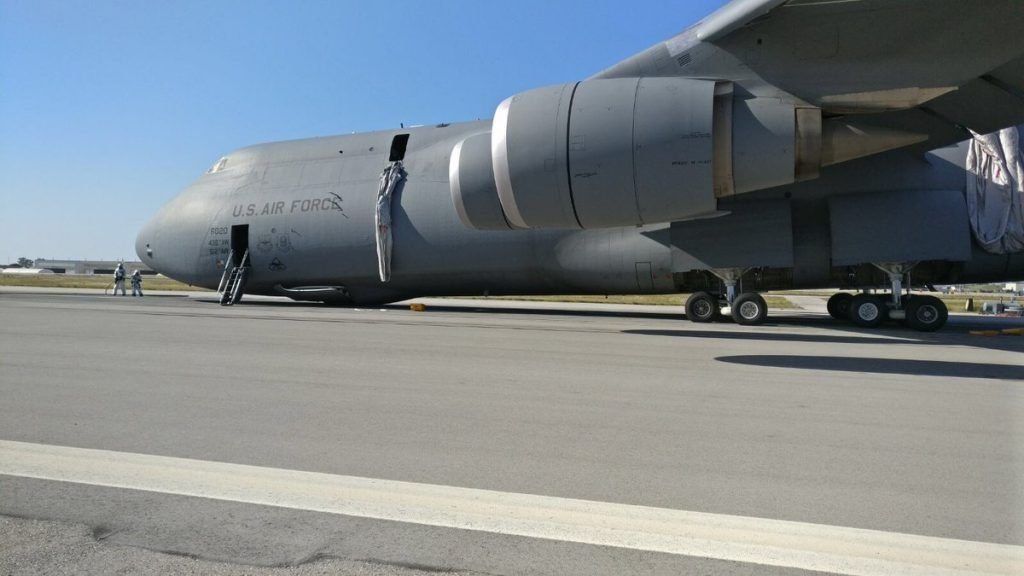 Luckily  the wheels were far enough out that the Galaxy actually only suffered minimal damage and the 21 passengers in the troop compartment were safely evacuated.