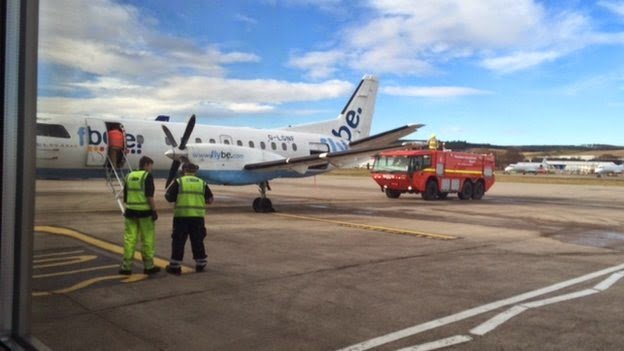 Loganair flight #LOG41EG had to make an emergency landing in Aberdeen this morning.

The Loganair flight had come from Edinburgh and was due to land in Kirkwall but the pilot was forced to divert to Aberdeen Airport because of smell of fumes in the cabin.

The Saab 340 aircraft was carrying 34 passengers and landed safely shortly after 10.36am.