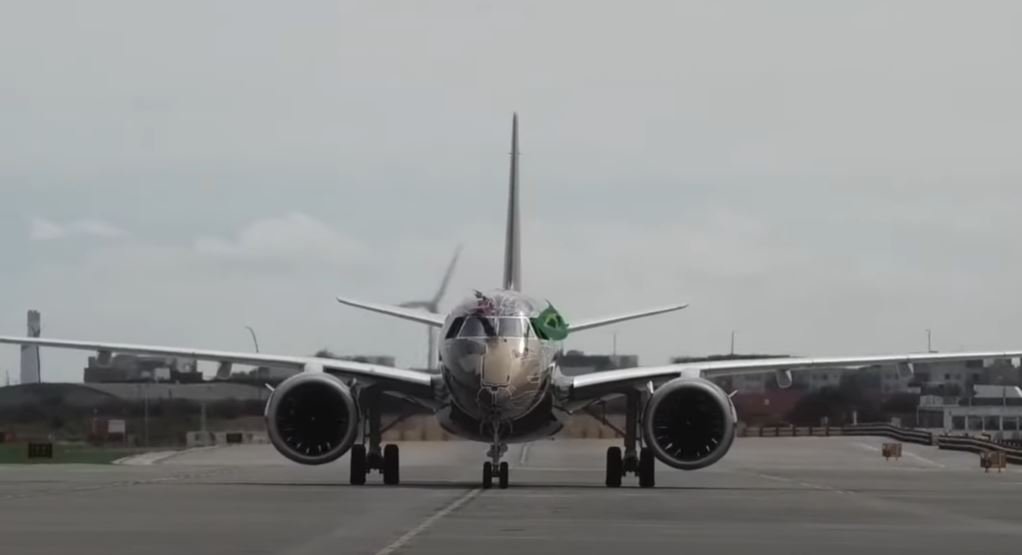 The visit, in anticipation of the aircraft’s certification for steep approach into London City at the end of this year, included ground handling tests and other preparations for the aircraft’s first scheduled flight into LCY, expected shortly after certification.

The visit demonstrates the importance Embraer places on being able to offer LCY capability to airlines with the E195-E2 – the E190-E2 began operations into LCY with in September 2021. The airport is a vital component of London’s wider connectivity, and Embraer aircraft are uniquely able to manage the challenges of LCY operations; Embraer aircraft account for 85% of all LCY operations on routes as diverse as Edinburgh and Mykonos.

The aircraft, the largest in the E2 family, seating up to 146 passengers, was flown into LCY on a 39% blend of Sustainable Aviation Fuel. Embraer’s test aircraft, featuring the eye-catching black and gold TechLion livery, was welcomed with the traditional water salute from London City Airport’s fire service.

This moment also represents the strength of the partnership we have with Embraer, and together, we are pushing the envelope of what’s possible at this airport, as at 146 seats and a wingspan of 35 metres, it will be comfortably the largest aircraft to operate from LCY.

LCY’s runway length measures just 1,508 metres and descent angles are up to 5.5 degrees. Currently, 85% of all flights landing or departing LCY are E-Jets or the E190-E2 operated by carriers such as BA Cityflyer, KLM Cityhopper, and Helvetic Airways.