Death of co-pilot who mysteriously exited plane midflight was an accident, autopsy says 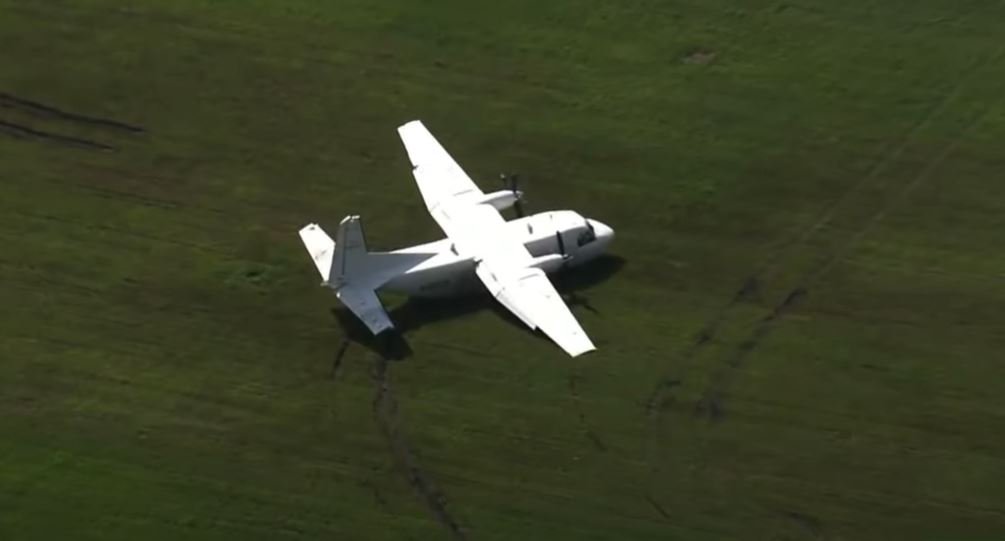 The death of a pilot who fell out of a twin-engine plane in North Carolina in July was an accident, according to his autopsy report.

Charles Hew Crooks, 23, who was co-piloting the CASA CN-212 Aviocar on July 29, suffered multiple blunt force injuries in an accidental fall, according to an autopsy report obtained Wednesday by NBC News from the Office of the Chief Medical Examiner in North Carolina.

The report also concluded Crooks “had no significant natural disease.”

A toxicology report showed Crooks was tested for amphetamines, cocaine and opioids, and “toxicological testing detected no alcohols or common drugs of abuse.”

Crooks was flying for a private company that was dropping skydivers from a rear ramp in a small private field, the autopsy said. During the plane’s third-landing approach, the aircraft sustained landing gear damage. While no one was on board except for Crooks and the pilot, the aircraft headed toward Raleigh-Durham International Airport and notified air traffic control of its landing gear problem.

“They were flying at approximately 3500 feet with the rear ramp open for ventilation. The aircraft encountered moderate turbulence,” the report said. “At some point, the decedent (copilot) opened a cockpit window for ventilation and possibly to vomit. Sometime after, he told the pilot that he felt he was going to be sick and apologized. He then departed the cockpit towards the open rear ramp; at some point, the pilot realized that he had apparently fallen from the aircraft.”

According to a preliminary report on the incident from from the National Transportation Safety Board, Crooks appeared “visibly upset” when he told the pilot he felt sick and needed air.

The pilot, who has not been identified, told investigators that Crooks did not appear to reach for a bar that was roughly six feet above the ramp before he fell, the report says.

After Crooks fell from the plane, the commanding pilot alerted air traffic controllers and went searching for Crooks, the report says.