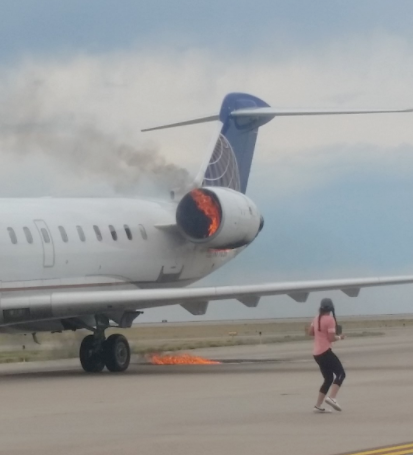 The left engine of the Bombardier CRJ-701E (reg.N796SK) was on fire during landing at Denver. Passengers were immediately evacuated on the runway and the emergency crew quickly reacted to extinguish the fire.

The United flight #UA5869 took off from Aspen at 1:45 pm local and landed at 2:20 pm at Denver International Airport.

Quick and immediate response. first responders on runway. Huge thanks to pilot and crew for helping get passengers off safe. #Denver. pic.twitter.com/ZAlslCTemh