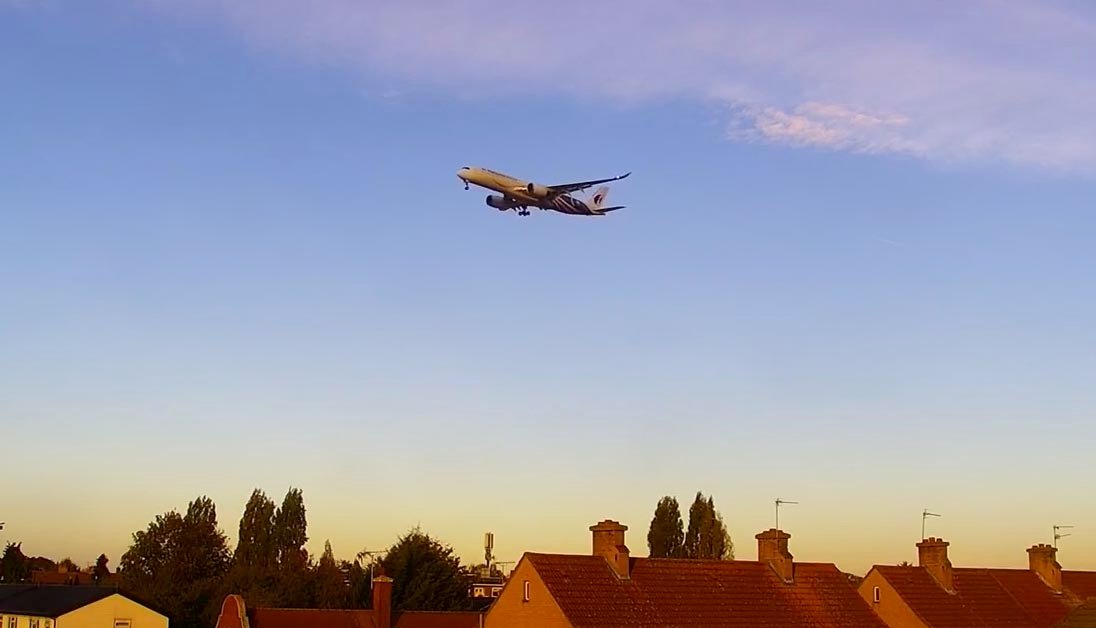 An Airbus A350 of Malaysia Airlines and a Boeing Dreamliner of Virgin Atlantic came within 3 miles separation of each other.

As the Airbus A350 (reg. 9M-MAG) was being vectored to rejoin the approach path, Virgin Atlantic flight #VS251 from Shanghai was on final approach to runway 27R.

The Boeing 787-9 (reg. G-VOWS) was forced to take immediate action by turning south then executed a 360-degree turn to rejoin the approach path.

According to reports, Malaysia Airlines #MH4 failed to respond to a change of heading from the air traffic controllers. The aircraft came within 3 miles separation of each other.

A Virgin Atlantic spokesperson told “We’re aware that an aircraft came within 3 miles of the VS251 earlier this evening and are working with the relevant authorities to understand how this could have happened.”

A NATS spokesperson added “We can confirm that there was a loss of separation last night (Tuesday 23 October) between two aircraft on approach to Heathrow Airport. This was resolved by the approach controller and both aircraft landed safely. Almost 2.5 million aircraft safely fly through the UK every year, and these types of incidents are extremely rare. The incident has been reported to the UK Airprox Board which will investigate the circumstances and publish its findings in due course.”