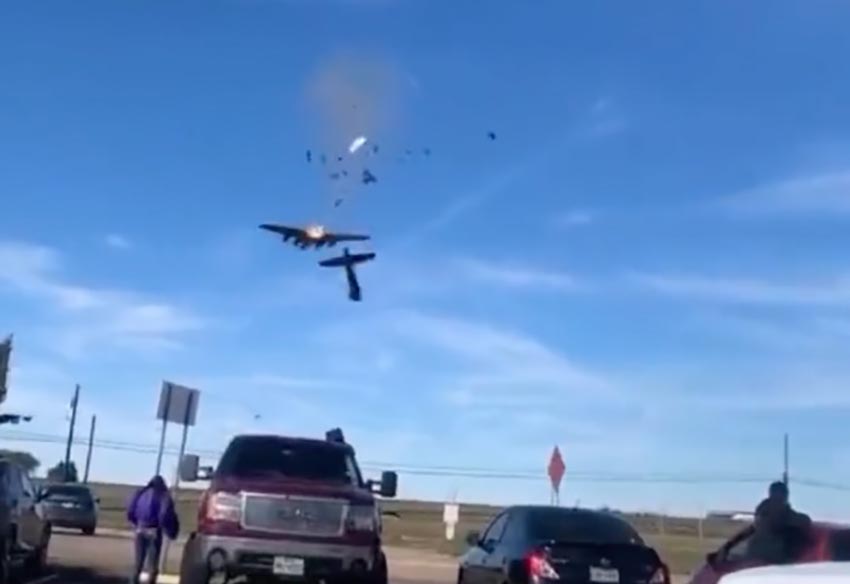 Two planes collided about 1:30 p.m. at Dallas Executive Airport in the 5300 block of Challenger Drive, near U.S. Highway 67 in Red Bird.

UPDATE According to our Dallas County Medical Examiner, there are a total of 6 fatalities from yesterday’s Wings over Dallas air show incident. Firefighters said there were no injuries among people on the ground.

What could have happened?

A P-63 took a turn a bit wide and its pilot could not have seen the ‘heavy’ from his position as he closed with the B-17G at roughly twice the airspeed of the latter.

BREAKING NEWS: B-17 bomber and a smaller plane collide at Dallas airshow in Texas. pic.twitter.com/8CMoVXqj7b

A Boeing B-17 Flying Fortress and a Bell P-63 Kingcobra collided and crashed at the Wings Over Dallas Airshow at Dallas Executive Airport in Texas around 1:20 p.m. local time Saturday,” the Federal Aviation Administration said.

Prior to the crash, the airshow was marketed as a chance to “re-live history,” with a selection of World War Two planes on show and in action.