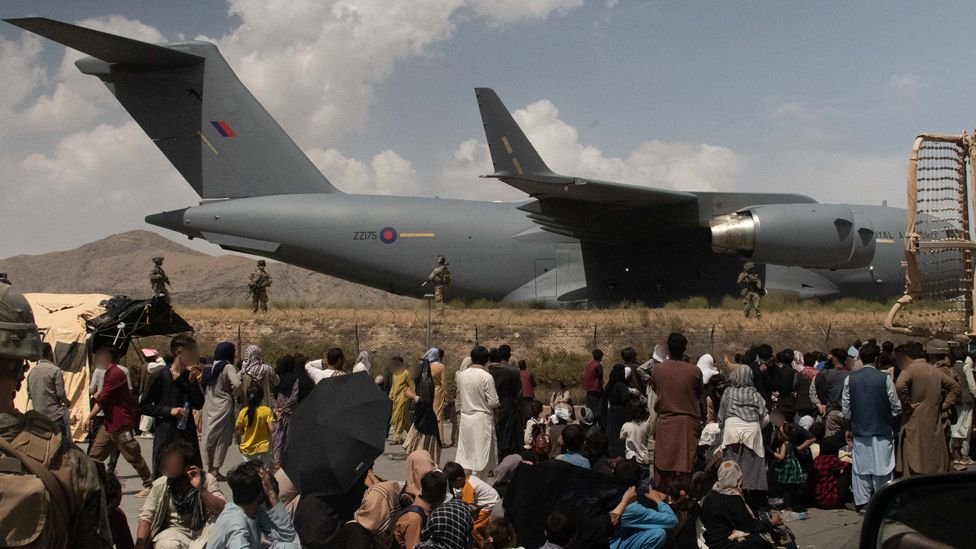 The spokesperson added that from now on, only foreign nationals will be allowed to travel to the airport – the only way out of the country not involving crossing Taliban checkpoints.

Mujahid called on Afghanis, who had flocked into the Kabul airport, its premises and even airstrip in hopes of escaping Taliban’s rule, to return home. “We guarantee their security”, he added.

The Taliban spokesman further urged Afghans, especially those employed in the spheres of health care, education, and traffic regulation, to return to their work with the exception of women, for whom the group is planning to issue a set of rules they will have to follow in order to have jobs.

Zabihullah Mujahid said foreign countries should stop “encouraging” Afghans to leave, as Afghanistan needs their talents. He said Afghan nationals should head back to their homes, jobs and normal life, as there is “no danger” to them. “Let’s live together. The war for us has finished,” he added.

The Taliban spokesperson also condemned US calls for Afghans to leave the country, urging Washington to stop encouraging such behaviour. Mujahid specifically addressed Afghan interpreters who used to work for NATO and now fear Taliban retribution and who hope that the departing troops will evacuate them. The spokesman assured that the interpreters will not be harmed.