BREAKING 18 people, including Ukraine’s Interior Minister, were killed in a helicopter crash near Kyiv 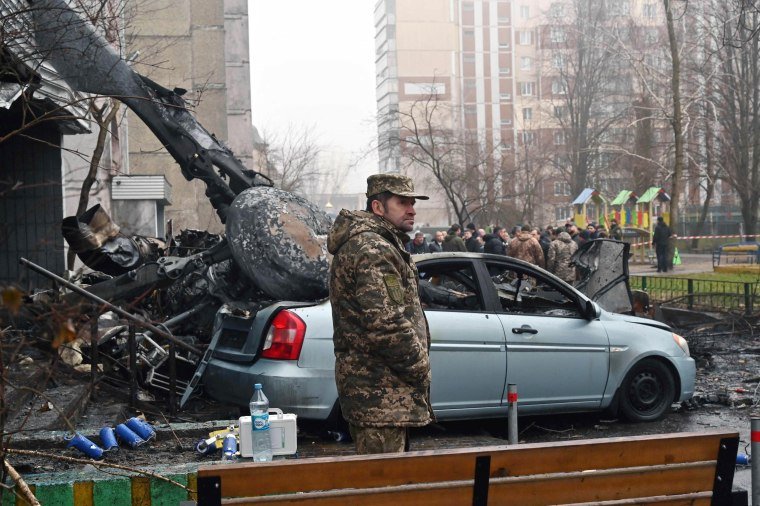 Eighteen people including two children and the Ukrainian interior minister Denis Monastyrsky have died in a helicopter crash in eastern Kyiv, police said.

The helicopter came down near a kindergarten in Brovary, a suburb of the capital, early on Wednesday.

“In the city of Brovary, a helicopter fell near a kindergarten and a residential building,” the head of the Kyiv regional administration, Oleksiy Kuleba, said on Telegram.

“At the time of the tragedy, children and employees were in the kindergarten,” he added. “There are casualties.”

He said that medics and police were working at the scene.

As a result of a helicopter crash in Brovary Minister and Deputy Minister of Internal Affairs of Ukraine died. Emergency Service helicopter crashed at local kindergarten. 16 dead, two of them children. Terrible tragedy. pic.twitter.com/KiKR5ItDoI

A police spokesperson said 22 people were injured in the crash. Police said Ukraine’s interior minister Denys Monastyrsky and other officials are among the dead.

The town of Brovary is located some 20km northeast of Kyiv.

Russian and Ukrainian forces fought for control of Brovary in the early stages of Moscow’s invasion until Russia’s troops withdrew in early April.