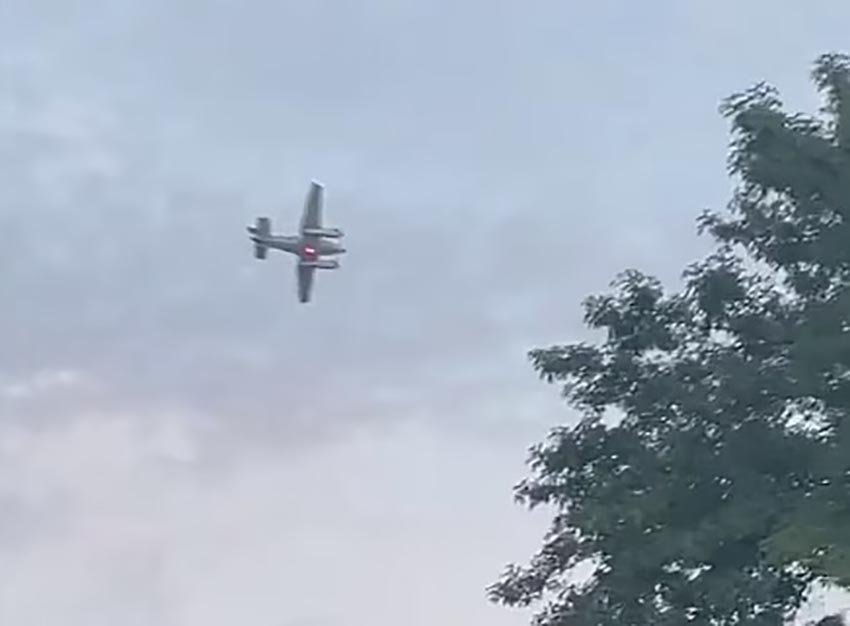 Police have evacuated several stores in Tupelo, Mississippi, after a pilot threatened to crash their aircraft into a Walmart.

The pilot of the aircraft is understood to have taken the plane from Tupelo Airport at around 5am, and has been flying over the small town in circles for over an hour.

Authorities have evacuated the area and dispersed as many people as possible and are urging locals to stay out of the way.

Tupelo Police Department say they are in contact with the pilot, who is threatening to intentionally crash the Beechcraft King Air 90 plane.

Currently we have a 29yr old who stole this plane & is threatening to crash it into something. Polices ,ambulances ,& fire trucks are everywhere. Everything is shutdown rn pic.twitter.com/AzebdIa3tP

In a statement they said: ‘At approximately 05:00 am TPD was notified that a pilot of an airplane was flying over Tupelo.