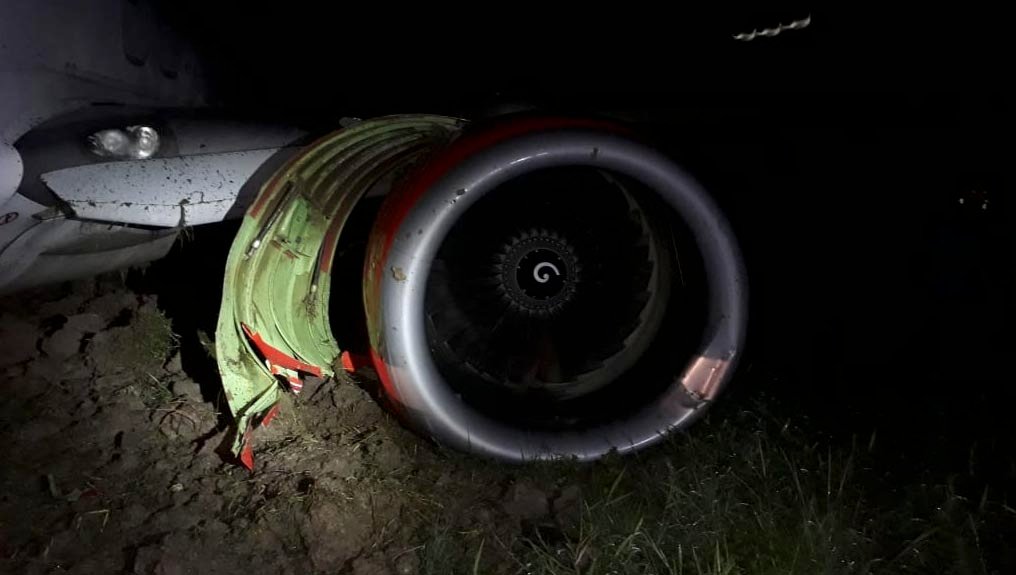 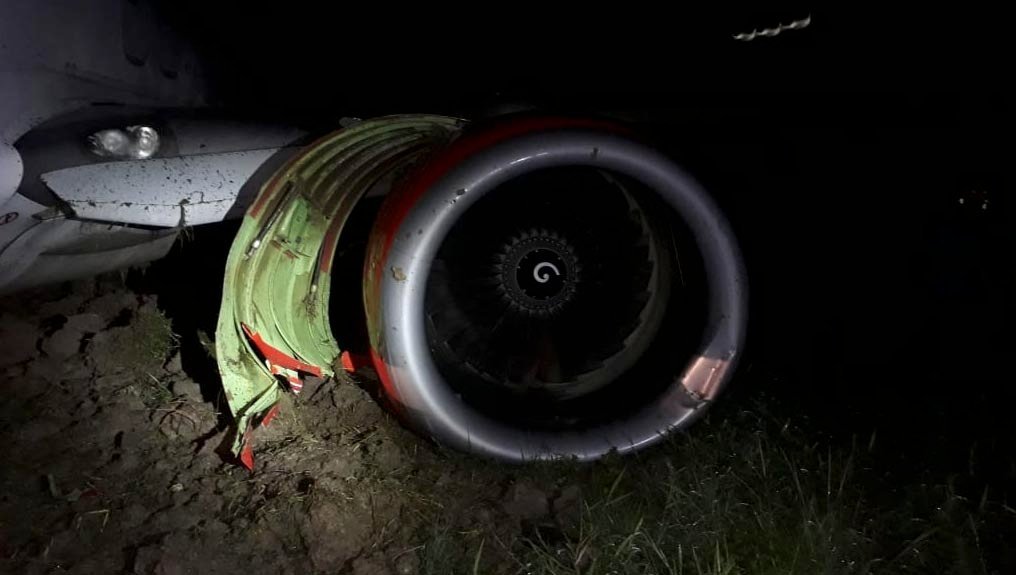 Lion Air aircraft was damaged after skidding off runway overran on landing in rain at Gorontalo Airport Indonesia.

The flight #JT892 took off from Jakarta Soekarno-Hatta and landed runway 27 at Gorontalo. 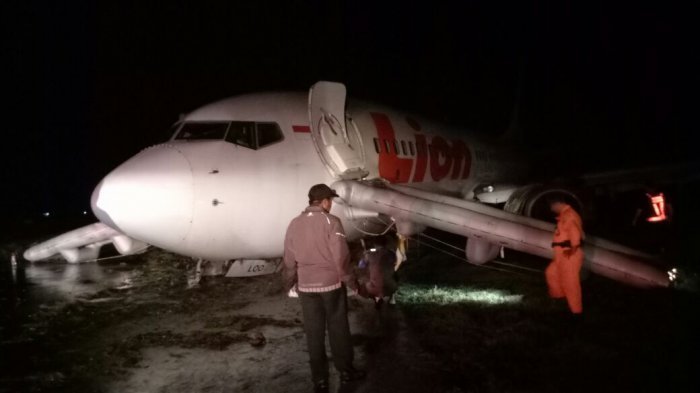 The 174 passengers and 7 crew members were evacuated by emergency escape slides.

No injuries reported and the airport was closed.