BREAKING A U.S. Navy F-35 has crashed while landing on the deck of USS Carl Vinson in South China Sea 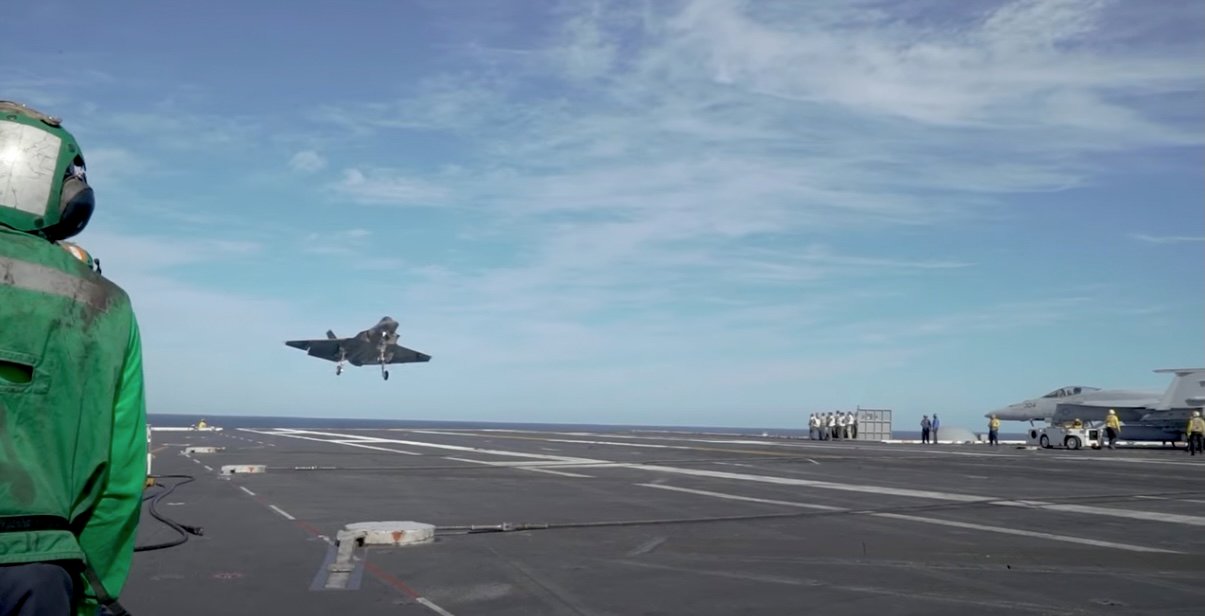 An F-35C Lightning II Joint Strike Fighter had a “landing mishap” on the deck of USS Carl Vinson (CVN-70) on Monday in the South China Sea, the Navy announced.

The F-35C Lightning II, which is assigned to Carrier Air Wing 2, was conducting routine flight operations in the South China Sea when the mishap occurred. The plane’s pilot “safely ejected” and is in stable condition, according to a Navy release.

Seven sailors were injured, with three sent to a medical facility in Manila, Philippines. Those three sailors are now in stable condition. Four sailors were treated aboard Carl Vinson and three of them have been released.

The mishap, including the cause, is under investigation. The Navy did not provide details on the status of the aircraft.