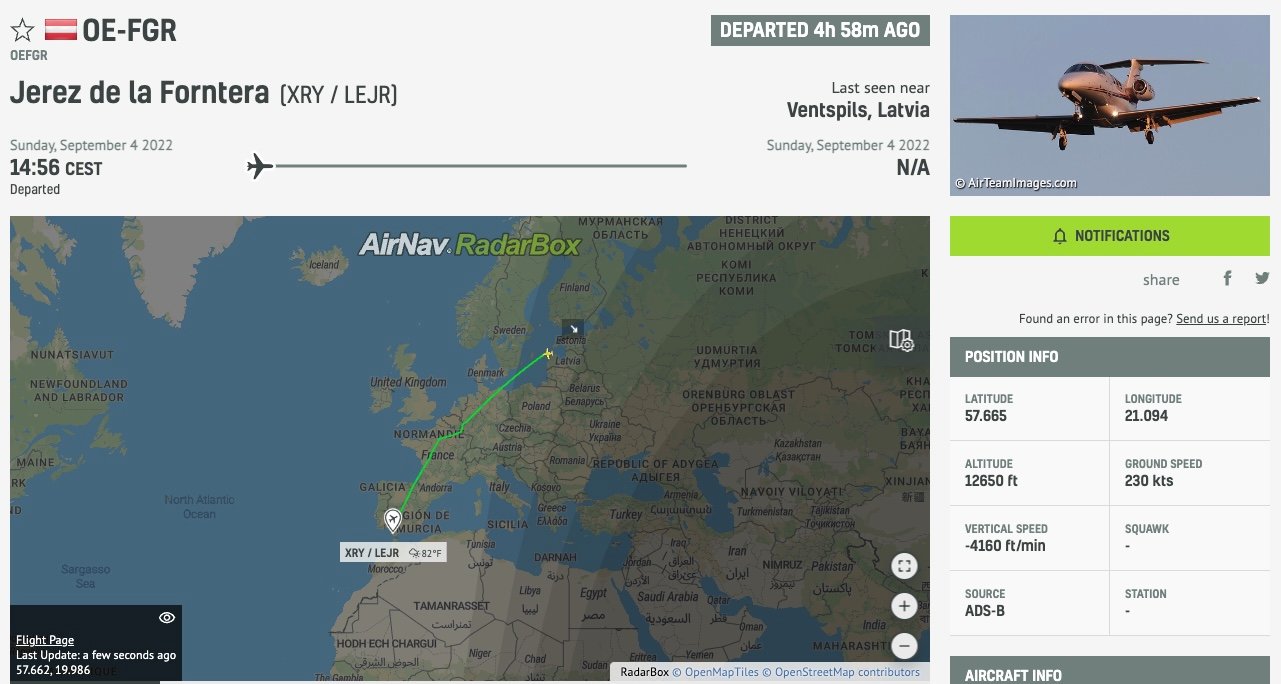 Air traffic control has lost contact with a private Jet.

The Cessna 551 Citation II (reg. OE-FGR) seems to have crashed crash outside between Gotland (island in Sweden’s Baltic Sea) and Latvia.

The Austrian-registered aircraft took off from Jerez, Spain at 14:55 on Sunday bound for Cologne. The flight path indicated the pilot was in full in control of the aircraft until it flew directly over the West German then it continued straight North towards the Baltic Sea.

According to sources, there were 4 on-board : the pilot, a man, a woman and her daughter.