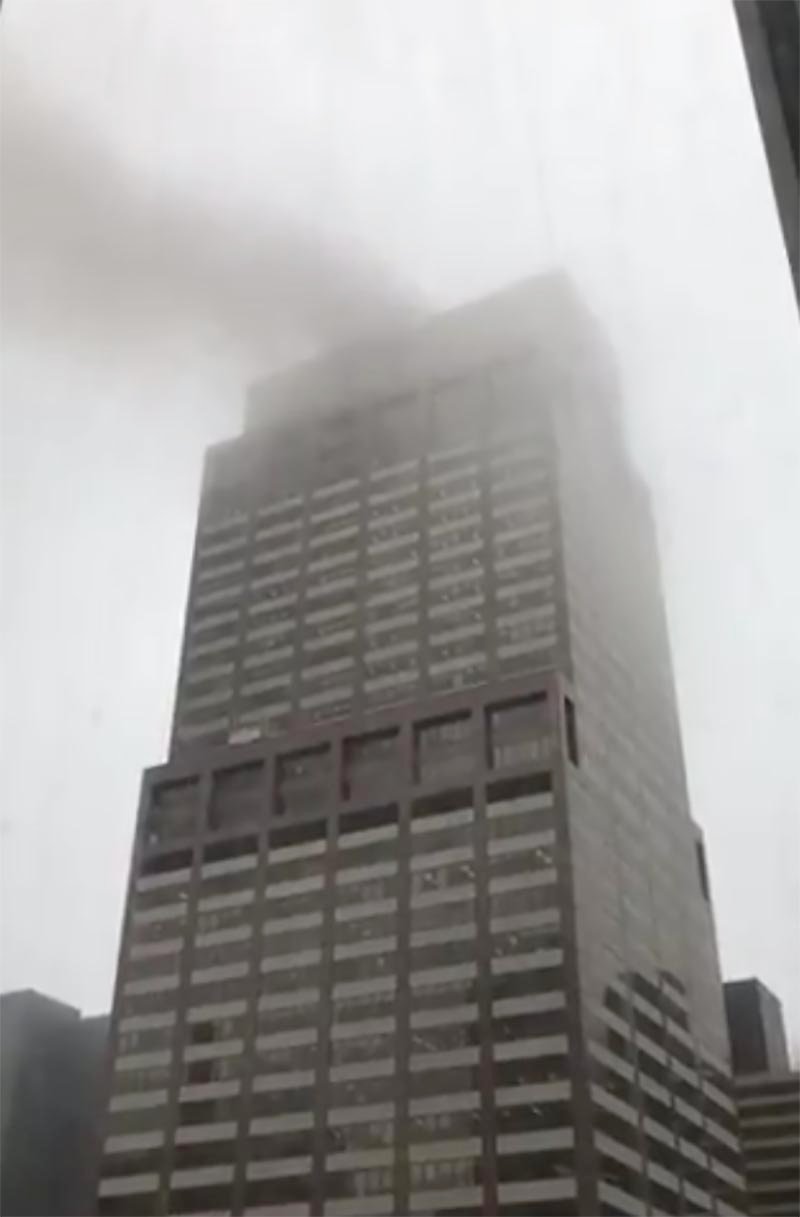 A helicopter crash landed onto the roof of a building in midtown Manhattan and then caught fire on Monday afternoon, authorities said.

The crash occurred atop 787 Seventh Avenue, a 54-story building located between West 51st and West 52nd streets, at the north end of Times Square.

There is heavy rain and low visibility as you can see live at our cam near New York JFK Airport.